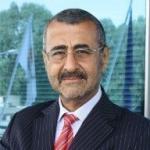 What Chevron's acquisition of Noble Energy means for Cyprus

Chevron, the second largest US oil company, announced on Monday that it acquired Noble Energy at the bargain price of $5billion – two-and-a-half times less than its value at the start of the year. Its main interest is to expand its shale assets in the US.

But Chevron is also interested in Noble’s East Med natural gas assets, which, in addition to Tamar and Leviathan in Israel, also include the Aphrodite gas-field in Cyprus’ EEZ.

Chevron also has interests in Egypt. At the end of last year and early this year it acquired exploration rights to two Egyptian blocks, in the Red Sea and the Med. As a result, its longer-term presence in the region is assured and this acquisition strengthens it.

However, the priority for Chevron now is to integrate Noble into its operations, and particularly its shale assets. So the East Med and Cyprus may need to be patient.

Noble’s and Delek Group’s high debt exposure limitedtheir ability to borrow and invest in the development of Aphrodite.Chevron’s entry overcomes such problems. If it decides to proceed with this, it has the financial might to do so.

The company is doing better than most other majors, but it is very disciplined when it comes to investments, going forlow-risk and high return projects. In the current oversupplied gas markets and low price environment it may take its time before it decides what to do with Aphrodite.

This is the major challenge facing development of the gas-field. The oversupply of gas and LNG in global markets is expected to persist longer, as are low gas prices, both in Europe and in Asia. Aphrodite is in deep-water and expensive to develop. By the time gas is produced, taken to Egypt’s Idku liquefaction plant by subsea pipeline, liquefied and exported, the landed-price in Asia’s markets would find it difficult to compete with cheaper alternatives.

The acquisition of Noble’s interests in Aphrodite requires the approval of Cyprus’ Council of Ministers. During the forthcoming consultations Cyprus should, if requested, give Chevron flexibility to formulate its plans – irrespective of the timetable agreed with Noble.