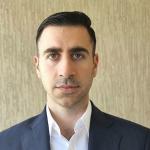 Rear-View Mirror Economics: The long-run effects in the short run

The first taste of spring warmth has everyone dreaming of summer. Kids are rubbing their hands as schools will soon be out for the summer, magically it’s all about play and no work, our brains turn to goo, a nostalgic haze of ice-cream and sandy toes mixed with beach games and barbeque fun keeps you holding on to the wee rays of sun that watch over us for longer. That summer feeling has not changed since you were a child, nor as an adult or respectfully an elderly. Summer is a great time to reflect, reminisce and reorganise, right before the month of September rewinds the clocks again.

Like summer, financial markets can get caught up in short term fantasia of shocks and immediate policy responses. Even as investors want to apply a long-term approach, the economics that feed into market decision making typically look out only 3 years. The pandemic has accelerated long-term trends in demographics and globalisation both of which usually go unrecognised until they catch up with the here and now.

Economies are still battling the effects of the pandemic by stretching fiscal deficits, broadening emergency packages, and growing monetary expansion tickets, all directly aimed at rebuilding lost output. The result of the policy response handbook has been a rapidly growing government debt pile. But government debt has been growing steadily for the past 30 years and this is generally a cause for concern, particularly if debt ratios are already high. The weakness of borrowers and the unsustainability of debt is clearly exposed during periods of market turmoil, rising interest rates or low growth.

The weak inflationary backdrop has blessed the expansion of the last 30 years. This lack of inflationary pressures can be attributed to globalisation. Major economies continued expanding even after reaching full employment without the analogous upward pressure of wages. Globalisation has allowed for cross-border flow of goods, services, capital and people, inevitably increasing competition on all factors of production. 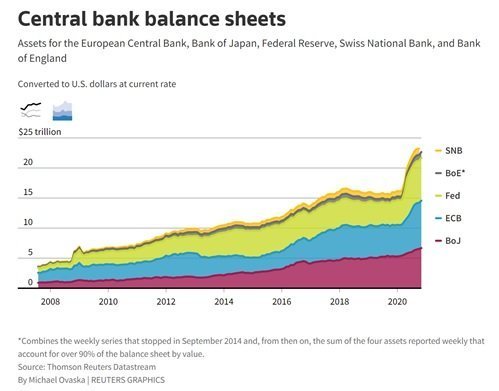 Major trends took place over this period; notably the ability to outsource labour to low-income countries delimiting a major factor of production by globalising labour competition. The surge in working populations. notably in AE with the higher participation rates of women, the introduction of China into the global economy and the re-inclusion of the Eastern European countries from the fall of the Soviet Union. By way of comparison wage ratios in the year 2000 USA/China was 34.6 compared to 2010 at 9.7 and 2018 at 5.1. Comparing France and Poland for the same period, ratios were 3.9, 3.3 and 2.9 respectively. A good example has been Japanese businesses that took advantage of the growing pool of labour overseas for offshore production.

It may be the case that the convergence of wage ratios between major economies or the steady reduction in birth rates, particularly in Europe, bring about a sharp reduction in the further growth of the labour supply force in the global economy. China constitutes about 25% of manufacturing production globally. The labour market there is tightening with the death rate almost doubling as the population ages and the birth rate halving over the last 20 years. Similarities are found across the global economy, making offshoring more difficult.

As labour shifted from the West into China, there are some that expect the same shift to occur into India and Africa as the final frontiers of low-income wages. A counter argument for this case is that technological advancements in automation and particularly manufacturing, reduce cost of production by a ratio greater than the comparative advantage of moving manufacturing to these countries and exporting to an end customer. The argument goes that the window of opportunity for similar expansion, like the one into China, is no longer there.

In the face of resuming economic activity, consumption could quickly overheat close-to-capacity economies.  This will undoubtedly drive prices higher without the monetary authorities able to raise interest rates meaningfully enough, without a severe financial turmoil. High costs of transportation, difficulty in sourcing skilled labour and spiking raw material costs give ground to an inflationary reversal.

Arguments for a reflationary scenario include heavy investments in greening economies, adjustments to critical supply chains with direct investments, a fall in the growth rate of labour supply with demographic shifts leading to higher dependency ratios. On the other hand, counter arguments witnessed during the pandemic include new ways of life. More workers wish to remain in remote working or hybrid working. This will reduce commuting, the need for investments in commercial office spaces and will expand the need for housing in lower cost base areas.

As services keep growing as a portion of GDP, the inputs of production are more intangible by nature and thus not capital intensive or inflationary. Technological advancements, while potentially increasing productivity per worker, reduce the cost per product many times over. Even as these forces reduce prices, life expectancy globally is rising allowing for extension of the retirement ages, marginally expanding the workforce. A larger workforce is a consuming workforce.

As humans we behave wonderfully randomly. We lack the mathematical precision to accurately price these scenarios. We can isolate individual scenarios that could possibly occur at an arbitrary percentage level we deem appropriate, then attach a discounting rate to that outcome that is adjusted for factors such as time, money, reward etc. But collectively these scenarios are infinite and thus allow for a bit of randomness in financial success.

Practically we can focus on what information we have and are able to understand to forecast into the future. Markets already do this, as prices reflect future events based on knowledge of today, without the inclusion of the low probability outcomes. Even though we assume markets are efficient, they are still humanly efficient.

Investors must aim to be adequately comfortable with that unknown, and that means endurance in times of difficulty, it means noticing when the long-term trend shapes the short-term and actually enjoying summer when it arrives, knowing well that September is just around the corner.

One Plus Capital Ltd

This is a quarterly letter to investors by Alexandros Clappas CFA, Head of Investment Advice at One Plus Capital Ltd. Views expressed are his own and do not constitute official One Plus Capital Ltd views unless explicitly stated. It is intended for discussion and market commentary and does not constitute investment advice. All investments carry risk. Usual disclaimers apply.