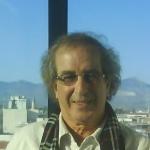 My Thought of the Day!

Well, well, sit back and reflect on three presidencies that have directly and indirectly failed to prevent major political, social and economic disasters in Cyprus; yet, they could have made a difference!

1. Papadopoulos Government–DEKO Party: (28 Feb 2003 – 28 Feb 2008) has tolerated money-laundering (the Yugoslav Slobodan Milosevic case) and did not put an end to this despicable practice; he approved the opening of crossings along the UN controlled neutral zone; allowed the use of Larnaca Airport by foreign tour-operators to bus tourists to the Turkish occupied area; he opposed the UN Referendum of the Annan Plan in 2004—with tears—influencing the “No” reunification vote for the island; the country’s reputation has taken a nosedive because of bad banking practices and money-laundering.

2. Christophias government-AKEL Party:(28 Feb 2008 – 28 Feb 2013) turned a blind eye to institutional corruption and brown envelopes including “tiny cheques” for political-party communist loyalty; displayed incompetence during the Mari Tragedy with its massive explosion of 98 ammunition metal shipping containers (2011) that caused the death of 13 innocent lives and 62 injuries; considers the Turkish Cypriots as “brothers” on the delusion they are willing to abandon loyalty to mother-Turkey—without concrete evidence—in support of the Republic of Cyprus; failed to stop bad banking behaviour and bribes from escalating to new heights.

3. Anastasiades government-DYSI Party (28 Feb, 2013 – Incumbent) decreed that all banks be shut and emptied people’s bank accounts (2013 Bail-In —the first in history) to save a corrupt banking system; triggered the collapse of Laiki and Co-Op banks for political-party expediency; under strict IMF/EU Troika loan conditions, it has introduced the privatisation of profit-making state assets and institutions; poverty has risen to nearly 200.000 citizens that subsist below EU poverty line; failed to prevent Turkey from inhabiting the ghost town of Varoshia; insists on maintaining the crossings open; fortified corruption by ignoring the selling practices of citizenships and passports to undesirables; did not stop the activities of cronies peddling citizenships for millions – including the Speaker of Vouli (Parliament) and other politicians as exposed by Al Jazeera’s Undercover Cyprus Papers.

However, in contrast to their political dogmatic differences, the above three governments shared a common denominator. For the past 20 years they sanctioned costly inquiries to “investigate” corruption including the questionable practices of political and public persons but none had the resolve or the will to prosecute lawbreakers pilfering millions!

Three Presidents and three major Political Parties had conveniently failed to acknowledge that the manifestation of corruption in society and state-institutions ultimately mutates into a social virus! It can destroy incentives; it generates poverty, inequality and causes the decimation of the state and rule of law. But the scandalous bad behaviour by elected politicians and high-ranking officers protected by political immunity is the final betrayal of people’s trust; such shameful conduct has been a common occurrence in Cyprus! In fact, no politician, minister or officer of the state has ever been prosecuted for crimes of corruption or abuse of office! It is as if angels govern the island and not ordinary citizens answerable to Law and Justice!

Andreas C Chrysafis is non-politically affiliated and a UK published author. He is also the writer of over 450 published articles and an active opponent of corruption and a strong advocate of Democracy, Transparency, Equality and Human Rights. His literary works and artwork can be viewed at: