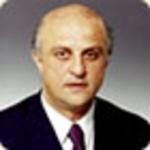 By Leslie Manison and Savvakis Savvides

The long awaited and recently proposed Estia legislation apparently turns out to be a dubious scheme benefittingcertain borrowers and heavily subsidizing the Banks but all, yet again, at the huge expense of the law-abiding tax-payer.

The whole scheme is clearly hastily put together without too much thought or any serious research on how it would affect various economic groups and of course the tax payers. Who benefits and who pays from such a poorly and badly constructed scheme? Moreover, it is not well thought out as it would hardly be easily implementable and surely not helping in reducing the enormous private debt in the economy. As it is, it raises more questions than answers.

The whole concept behind this scheme reveals a poor understanding of the real problem by the technocrats who put it together and the politicians in power who approved it.

If it was sufficient for the banks to do successful restructurings simply by writing off 33% of a non-performing loan they would have done it themselves rather than being willing to sell these loans to get rid of them (off their balance sheets) at 70% and 80% their value.

In any case, this is subsidization of the banks by the tax payer. Why should the tax payers who are not part of this loan contract be made part of a failed loan agreement and be obliged (like a guarantor) to repay part of it to the bank for a loan that the bank itself cannot collect on? This is wrong and quite possibly unconstitutional. This money is being paid by the tax payers through the Government so that the banks can collect on what is in all probability not collectible from the borrower and its guarantors. The consequences of the bank giving a bad or sub-prime loan are therefore transferred from the culprits (the main one of which is the bank itself) to the innocent tax payers!

And moreover, it is absurd for the Government to give this benefit unconditionally to the banks without, at the very least, to require first that the banks do a similar gesture (by applying for example another 1/3 write off on the loan to ease the repayment for the borrower). In this manner, the Government is an accomplice to the crime against the tax payer by enabling the bank to make a recovery that is much higher than it was ever possible without its intervention. Indeed, it is a large transportation of wealth from law-abiding taxpayers effectively to the main shareholders of banks with the Government being the fuelling agent.

In fact, most of these non-performing loans for households, because of the problems and difficulties as well as the inability of the borrower to repay, are currently not worth more than the 1/3rd that the Government now seems to be willing to pay the banks through the Estia scheme. And if that is indeed so, why then do these loans remain the property of the banks and not transferred to the Government or to a management company who will try to recover the value for the tax payer?

It is beyond belief that the idea of the Estia scheme is to serve the elite controlling the banks and to offer them an additional source of repayment. And this, by once again, compelling the poor tax payer, to pick up the bill.

If the Government officials who drafted this plan were serious about helping the economy and to maximize value for the tax payer they should have bought these loans through an open bidding process. We are almost sure that this way the tax payer will come to own these loans by paying less than 30% to the banks. This belief is further supported by the reality that the banks do package these NPLs with good loans and try to sell them at such discounts, but still don’t seem able to find willing buyers.

From the sublime to the ridiculous

We further explore a few cases below to highlight some of the absurd situations Estia can bring about:

Case A: A strategic debt defaulter eligible under Estia who now pays nothing to a bank, but could repay the full amount of his mortgage, could agree/be forced to repay two-thirds of his required monthly instalments with the Government paying the other one-third.

Case B: Another case may be where a borrower is willing to repay the full amount of his monthly instalments of say 900 euro, but can only afford to pay 600 euro; however, the Bank does not agree to the lower repayments and there are no repayments. Thereafter, as a result of the Government subsidy an agreement is reached and the full amount of the monthly installments is paid.

In both these cases the bank will be paid the full amount of the mortgage if the borrower fully honours his agreement as compared with situations where the Bank receives nothing or where his loan is sold at a substantial discount (say 50% or more). In this sense the Government is not only subsidizing the borrower, but through such action is providing great financial benefits to the bank through the full repayment of impaired loans.

In other cases where the borrower is paying some fraction of his due monthly obligations an agreement may be reached with the Bank that the full amount of the monthly instalments will be paid with the help of the one-third contribution from the Government. In such cases banks will still benefit financially, but to a lesser, although still considerable extent.

Estia is designed to help “struggling borrowers” according to Andreas Charalambous of the Ministry of Finance. Are struggling borrowers those with NPLs and not those debtors with performing loans who are experiencing difficulties and hardships in fully servicing their loans? If this is the definition we might see a flood of performing loan borrowers migrating to the NPL category prior to the activation of Estia, even encouraged by the banks seeking to extract greater financial gains.

Finally, Prodromos Prodromou has said that €30 million will be allocated to the annual budget for the implementation of Estia. Charalambous said also that debt relief under the scheme could be extended by up to 25 years. Thus, it could be possible that the scheme could eventually cost the tax payer some €750 million.