Οικοσελίδα » Απόψεις » All Onboard on the Estia Bandwagon 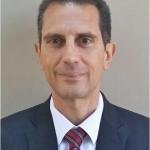 A Pressing Problem with Explosive Repercussions

It is an undisputed fact that home ownership is deeply engrained in, oftentimes ‘imposed’ by, Cypriot society.

It is also an undisputed fact that a great number of homes are collateralized to banks for housing, personal and business loans.

To complete the equation, Cyprus ‘boasts’ the highest private debt level, as a ratio of debt over Gross Domestic Product, in the EU.  Non-performing loans among households and small to medium enterprises account for well over 50% of the respective total loans.

It doesn’t take a genius to work out the maths.  A very large proportion of local homes are encumbered in favour of banks and a sizeable part of these relates to loans that are non-performing.This cocktail is like a bomb which may detonate at any time if left untreated,given that the burden of home ownership exertsfinancial, socio-economic, psychological and health stresses to a sizeable part of our fellow citizens.

It is for these reasons that the Estia scheme was set up in an attempt to assist the so-called ‘vulnerable’ households whose primary residence may be at risk.

In principle, a very welcome and valiant, even if somewhat belated, move.  The rationale behind the scheme should be to support and assist truly vulnerable households by sharing the risks among borrowers, banks (possible loan write-down) and the State (the taxpayer’s money) which will be subsidizing one third of the loan’s instalment.  This should be done, in the words of the Council of Ministers’ decision, in a fair and equitable way, stripping out strategic defaulters and preventing moral hazard.

A Tale of two ‘Vulnerable’ Households

Let us examine how the published scheme will work with two typical Cypriot households:

(Almost) Everybody can get on the Estia Bandwagon

What are the traits then deriving from the very realistic and so common tale just described:

As things currently stand, these households will be led to foreclosure.  Where is the State’s social housing scheme then to protect from homelessness?  Or a mortgage-to-rent scheme whereby the State buys the house, leases it back to the family at very low rent (with option to repurchase), allows the family to continue its life in the same surroundings andprotects them from the social stigma and the psychological hit?  Or, at the very least, where is a free scheme, an electronic platform, where families can look, without cost, for a home trade-down transaction (sale of their home, purchase of one of lower value)and  a simultaneous write-down of their debt in line with the Estia provisions?

Not fair or equitable, is it?

Is the Estia scheme needed? Absolutely.  There are so many primary residences collateralized for loans and so many households which cannot fully service their debts.

Is it fit for purpose? Not in the least, the way it has been structured.  The scheme has totally missed its overriding objectives, it has been de-railed from its underpinning principles.  It seems to have been set up haphazardly, it gives a shield to wealthy strategic defaulters, it leaves truly deprived households out in the cold.Although this is a nation-wide issue which affects all strata of our society, directly (eligible borrowers) or indirectly (taxpayers), it has not been openly and transparently discussed as it should.

Can it be made fit for purpose?  Definitely.  Through structured analysis and planning, proactive and holistic thinking to pragmatically put all the wrongs identified right:

The take-away message is that the Estia scheme has been hastily put together in a reactive, piecemeal, fire-fighting approach, which is so typical of our overall way of handling the excessive private debt and the mountain of NPLs in this country.Isn’t it time that our inefficient legacies of the past, which have led to so much suffering, are changed?Isn’t it time that we do the self-evident?  Isn’t it time that we start planning?  It is not nuclear physics science!  It is common sense!

… If we want to prosper as a nation that is!