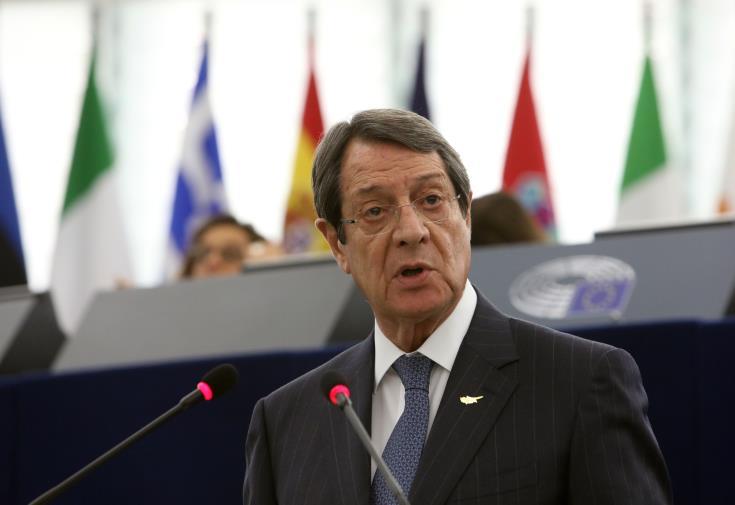 President of the Republic of Cyprus begins his meetings on Wednesday in the framework of an official visit to Slovenia, with talks focusing inter alia on the Cyprus problem, energy, Brexit and the EU.

President Anastasiades arrived on Tuesday in Ljubljana for an official visit, at the invitation of his Slovenian counterpart, Borut Pahor. He is accompanied by his wife, Andri Anastasiades, and the members of the Cypriot delegation, comprising Minister of Foreign Affairs Nikos Christodoulides, Government Spokesman Prodromos Prodromou and Undersecretary to the President Vasilis Palmas.

On Wednesday, President Anastasiades will be officially received at Constitution Square in Ljubljana by the President of Slovenia and will lay a wreath at the Monument for the Victims of All Wars.

There will be a tête-à-tête meeting, followed by talks with the participation of the delegations. The talks will focus inter alia on bilateral relations, developments in the Cyprus problem, energy, trilateral cooperation, Brexit, and the Future of Europe.

Later on, a Memorandum of Understanding on Political Consultations between the two countries will be signed by the Ministers of Foreign Affairs.

The two Presidents will then make statements to the press.

President Anastasiades will then have a meeting at the Presidential Palace with Prime Minister Marjan Šarec and will attend an official lunch hosted in his honour by Speaker of the National Assembly Dejan Židan.

In the evening, President Anastasiades will attend an official dinner hosted in his honour by the President of Slovenia.

In the framework of the official visit, Christodoulides will meet in the afternoon with his Slovenian counterpart, Miro Cerar.