Syllouris: In 2018 Cyprus received most asylum applications in Europe 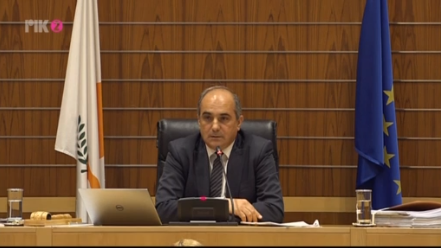 President of the House of Representatives Demetris Syllouris has said that in 2018 Cyprus received most asylum applications, in relation to its population, in Europe.

Speaking in Strasbourg, during the deliberations of the 6th Meeting of Presidents of Parliaments, members of the Parliamentarian Assembly of the Union for the Mediterranean, the House President said that given the fact that the Cyprus government cannot exercise control over the areas of the Republic that remain under Turkish military occupation,  the immigration policies of both Cyprus and the European Union are undermined.

He called on the other member states of the EU to show solidarity with the states that accept most asylum seekers.

Syllouris underlined that the migration and refugee issue will not be resolved if the underlying causes of migration, such as conflicts and poverty, are not addressed and said that financial aid to Lebanon and Jordan must be strengthened, since they are countries which receive a large number of refugees.

The Meeting wrapped up its deliberations with the adoption of a  joint declaration.