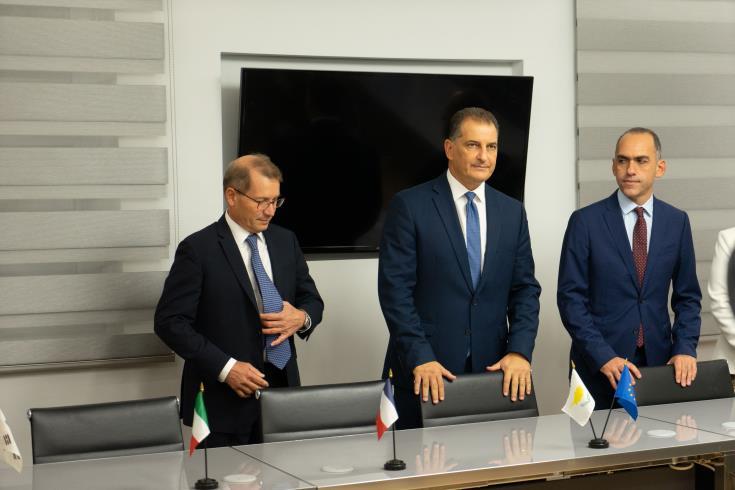 The issue of escalating Turkish violations in the Cyprus EEZ has been raised by Energy Minister George Lakkotrypis in his intervention to the EU Energy Ministers` Council, held today in Brussels today.

In particular, the Minister stated: “today at the Energy Council, my fellow Greek Deputy Foreign Minister Gerasimos Thomas raised the issue of the signing of the memorandum between Turkey and Libya, as announced by Turkish officials. My colleague explained that this was a blatant violation of international law and, of course, as Cyprus we expressed our solidarity with Greece, as the European Commission did. "

"This event has given us the opportunity to inform the body of Turkey`s recent escalating violations within the Cypriot EEZ, and how this is in violation of our country`s sovereign rights," the Minister noted.

"I must tell you, with satisfaction, that Commissioner (Kadri Simson) has expressed the EU`s solidarity with Cyprus and Greece and has certainly expressed the belief that they will closely monitor these Turkish offenses."

Later today the Minister will deliver the keynote speech at a conference on the "Geopolitics in the Eastern Mediterranean", focusing on "Energy Security and Regional Cooperation", organized by the ACJ in the Club De Warande of Brussels.

According to the ACJ, the 2010 discovery of natural gas reserves in the Eastern Mediterranean could be a game changer for EU energy security. This event will focus on the challenges and opportunities arising from the Eastern Mediterranean pipeline project, the geopolitical implications, and the potential for diversification of European energy sources and routes by way of the deepening trilateral Cyprus-Greece-Israel partnership.