Christofias: I have indirect institutional responsibility 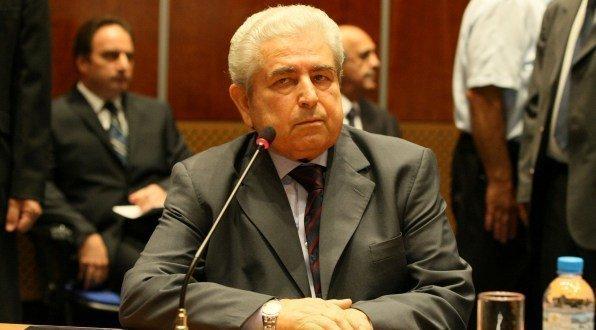 President of the Republic, Demetris Christofias admitted that his has an indirect institutional responsibility in relation to Mari tragedy.

“In a state, the President of the Republic is not alone and, therefore, I cannot accept that I have direct responsibility for the omissions of certain members of the Council of Ministers”.

Asked by Mr. Polyviou why the two Ministers were not ousted for negligence, the President said that they were after he was informed by Mr. Pantelides.

As for Mr. Pantelides, the President said that he was not discharged because he is a public employee.

On another question that the events themselves show a criminal negligence that led to an explosion and the President of the Republic says that “I am a deceived husband”, Mr. Christofias answered that the hazards were underestimated.

The testimony was completed at 12.30 pm. During his way out, the relatives of the victims asked him to admit “Mea culpa” and claim responsibility. The President reiterated that he was not responsible.

Earlier, the President insisted on his original statements that he was not informed by the competent authorities in relation to the hazards of the lethal cargo.

Responding to the questions of the Head of the investigatory committee, Polys Polyviou, Mr. Christofias claimed that the placement of the cargo was not his choice.

He also supported that he trusted some people, who seemed to be quite self-confident in handing the issue by them. It seems that there was a disagreement among them, which was never forwarded to the President.

“For the hazards of the cargo I was informed by Mr. Leonidas Pantelides for the first time in September 2010. None of the members of the Council of Ministers talked about hazards”, he said.

He also referred to the estimates of former Manager of the War Material manager, who – according to Mr. Christofias – had stated that the hazard was small and that gunpowder cannot explode. “It seems that some underestimated the seriousness of the case”, he stressed.

In his opening statement, Mr. Christofias stressed was not informed on the result of the critical meeting of February 7, 2011, which examined the possible destruction of the load.

As he claimed before the one-member investigatory committee for the Mari tragedy, he had not been informed for the meeting of July 5, a week after the explosion, either. “Unfortunately, the facts themselves prove that there was a wrong diagnosis in relation to the hazards of the load.

“The competent authorities underestimated the hazard. This is the reality I presented before the Council of Ministers just few hours after the lethal explosion as seen in the Council’s minutes, expressing my anger and disappointed for the fact that the President was not informed”.
Next