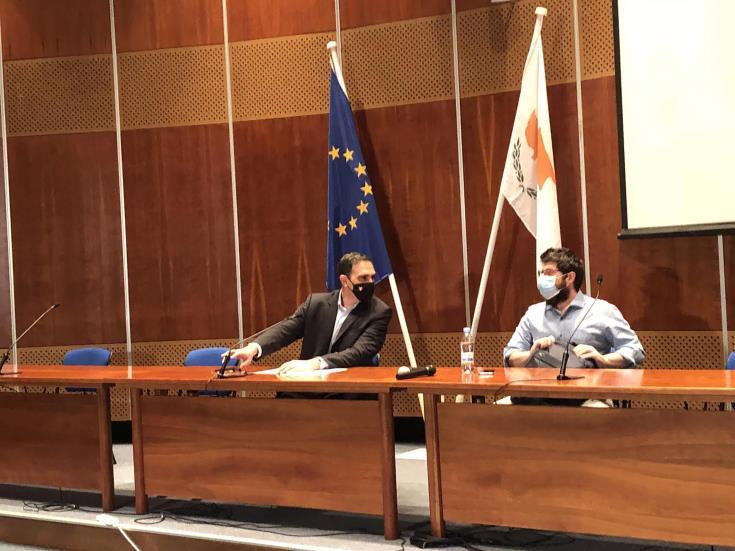 Elementary and final year secondary school students of public and private schools and technical education return to school and shops, malls and shopping centres, hair and beauty parlours open on February 8,  Health Minister Constantinos Ioannou announced on Wednesday, following a Cabinet meeting which decided on the gradual lifting of the COVID restrictions.

Also on Monday, February 1, the percentage of employees who are allowed to have physical presence at work increases from 25% to 50%. Restrictions in gatherings at homes remain in place, but 1st and 2nd degree relatives are allowed to pay visits.

On 8th February lottery shops also open, but people are allowed only to submit their coupons and there will be no tables and chairs. Museums and archaeological sites also reopen on February 8. Church masses are allowed but with a maximum of 50 church goers and with adherence to all protocols. Visits at homes will be allowed for up to 4 people from February 8, onward.

Sms for outings remain in place as well as the curfew from 2100 until 0500 local time.

Health Minister Constantinos Ioannou pointed out that epidemiological figures are taken into consideration and in particular the admissions in hospitals and ICUs and said the aim is to return to some kind of normality but under strict and safe conditions.

As regards the inoculation program he said that the aim is to vaccinate all citizens over 80 and all health workers by the beginning of March and to cover 100,000 citizens by the end of March. The Minister pointed out that there will be an increase in rapid tests for all employees who will return to their workplaces.  He said that from February 1, the rapid tests will be mandatory for the 20% of the employees who will return and will take place on weekly basis.

Ηead of the Scientifc Committee Constantinos Tsioutis said that the Committee in its proposals took into consideration a number of factors and parameters for the protection of public health. He noted that the number of patients in hospitals is an extremely important factor that also reflects on the fatality.

Invited to comment on the new strain of the virus Dr. Tsioutis said that so far we know that the transmissibility is higher.

He also once again called on everyone to act responsibly and to protect his/herself and the health of others, especially the vulnerable adding that the aim is for the measures in place and the protocols to be efficient.