New strategy for commerce to support companies after pandemic 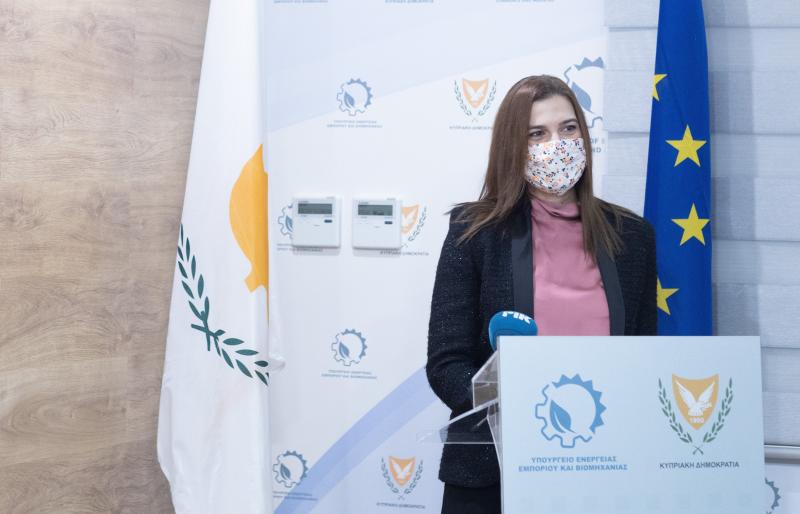 Minister of Energy, Commerce and Industry Natasa Pilides presented on Monday the Ministry`s new trade strategy,  saying that the Ministry has prepared a package of measures to address the challenges and restart of the economy after the pandemic.

"With targeted measures and policies we are moving towards the goal for a sustainable economic growth in the post-pandemic era" she pointed out.

She said that if the Ministry`s proposals submitted to the EU are approved, a total of 400 million euro will be allocated to subsidize entrepreneurship and green energy, directly and indirectly, in the period between 2021-2027.

She noted that this amount is four times higher than in the previous seven years.

The Minister also announced  three new support programmes, for 2021, operated under the “de minimis” state aid regulation, for the participation of Cypriot companies in the agricultural,  industrial and services sectors, in trade fairs,  in Cyprus and abroad, amounting to 2 million euro. The submission of applications began today.

The first co-financed project to enhance the competitiveness of the manufacturing sector will be announced on February 9th amounting to 50 million euro for the seven year period.

More plans will be announced to support entrepreneurship, as well as to support citizens including the plan for energy upgrades in homes which has a total budget of 70 million euro for the seven- year period.

In 2021 schemes exceeding 90 million euro will be announced, she added.

Pilides said that the Ministry is also promoting more actions to intensify efforts to promote Cypriot products and services abroad.

It is noted that during the period 2015-2019,  exports of domestic products increased by 56%, while exports of services also had an upward trend. During the pandemic, export of products such as the Cypriot halloumi cheese and medicines recorded an increase of  20% between January and October 2020.