Cyprus to proceed with a tax reform in 2022 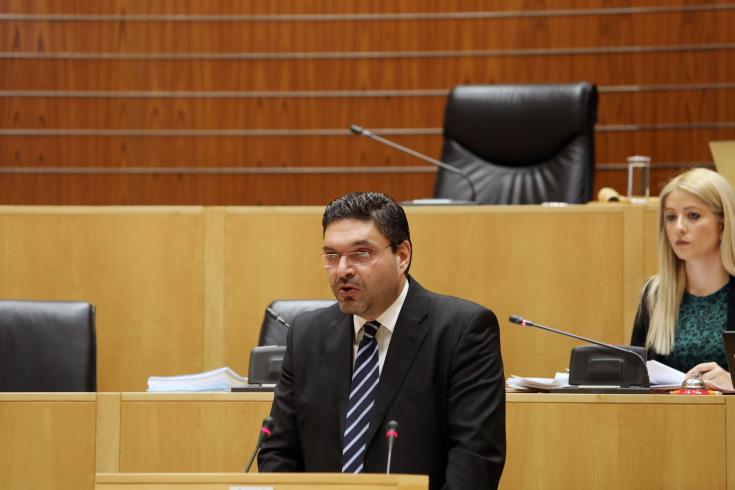 Cyprus will proceed with a tax reform next year, including the increase of corporate income tax and the introduction of green taxation with a view to achieve its environmental targets, Finance Minister Constantinos Petrides has said.

Speaking before the Parliament's plenary ahead of the debate for the 2022 state budget on Thursday, Petrides said the tax reform will be "more fair, fiscally neutral" and will befinalised in 2022.

Petrides noted that the global agreement over 15% taxation on global multinational companies “provides the Republic of Cyprus an opportunity to improve its national taxation framework through the reduction of administrative burden with a reduction of the taxation burden for businesses securing a neutral reform.”

“In our estimates, increasing corporate tax in Cyprus from 12.5% to 15% will not affect foreign investments in Cyprus by a substantial extent,” he said noting that “as an investment destination Cyprus has comparative advantages that offset this minor corporate tax hike.”

He noted that in the context of the discussion, Cyprus, apart from the increase in corporate taxation, will consider issues such as reducing extraordinary contribution on deemed or real distribution of dividends, reducing contribution on interest income and the reduction or abolition of the €350 annual company levy.

The reform, he added, also includes the introduction of carbon taxation, the gradual increase of taxation on fossil fuels and the introduction of environmental levies “with a view to attaining our environmental targets and the overhaul of the VAT rates on the basis of the recent Ecofin decision for products associated with public health and green and digital transition.”

Moreover, Petrides stressed the importance of absorbing EU funds and especially from the EU Recovery and Resilience Fund.

“The utilisation of this tool is particularly important due to the reforms we committed to implement through the national Recovery and Resilience Plan,” he said, calling for the collaboration of the government with the legislature “with a view to supporting this ambitious reform effort to the benefit of our country.”

He called on the MPs to approve the budget, stating that this budget aims at “sustainable development and social cohesion.”

However, he also called MPs to refrain from submitting draft bills for increased state spending without proposing offsetting measures. “Fiscal sustainability the importance of which has been proven as never before during the crisis is not something we must jeopardise,” he said, adding that public finances are still vulnerable to a new potential wave of the Covid pandemic.