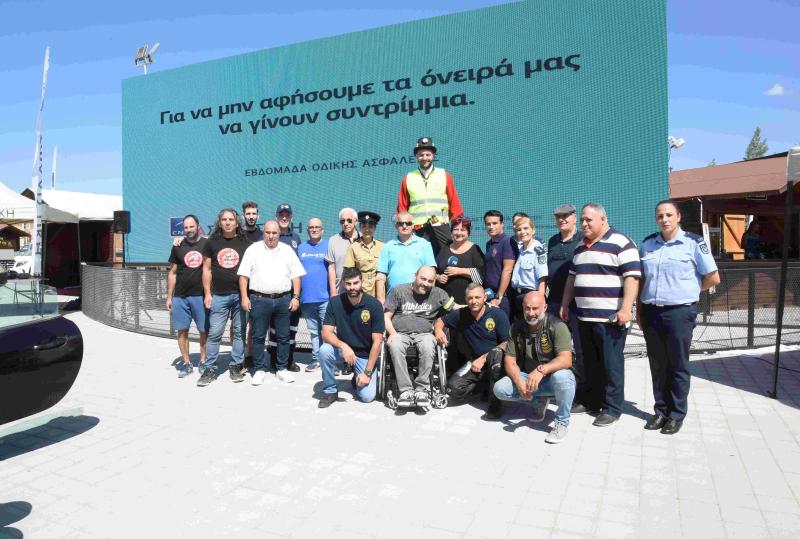 With the common goal of raise awareness and inform the public, on issues related to the Road Safety, CNP ASFALISTIKI and CYPRUS POLICE TRAFFIC DEPARTMENT, joined forces for 23rd consecutive year.

With the main message "Let’s not let our dreams fall apart!", this year’s Road Safety Week was organized from 19-25 September 2022, under the auspices of the Honourable Minister of Justice and Public Order. The Road Safety Week, kicked off with a press conference which took place on September 23, at the Headquarters of the CNP CYPRUS. Greetings were addressed by the Honourable Minister of Justice and Public Order Mrs Stefi Drakou, on behalf of the Chief of Police, the Deputy Chief of Police, Mr Demetris Demetriou, the Police Traffic Department Manager, Mr. Ioannis Mavrohannas, the CEO of CNP CYPRUS Mr. Takis Phidia and the General Manager of CNP ASFALISTIKI, Mr Andreas C. Stylianou.

The main event of the Road Safety Week was the Road Safety Open Day, that took place on Saturday, September 25, 2022, from 10:00 to 13:00 at Neo Plaza in Nicosia. Αt the event, vehicles that had been involved in traffic collisions were exhibited, as well as historical police motorcycles from the Historical Motorcycle Museum and Police Vehicles. Members from Motorcycle and Bicycle Clubs informed the public about their equipment and the safe use on Motorcycle and bicycles on the road. Demonstrations were also made with goggles simulators for the consequences of alcohol, substances and fatigue. At the same time there was a live link, a stilt, while executives from CNP ASFALISTIKI and the POLICE informed the participants about Road Safety issues.