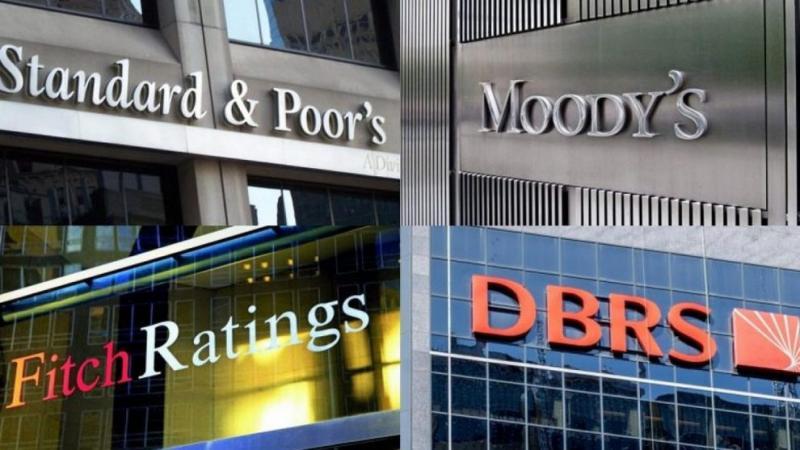 Credit Rating Agencies give a vote of confidence in the prospects and future developments in the Cyprus economy, Finance Minister, Constantinos Petrides said on Thursday, in an opening keynote speech at the 1st Annual Financial Markets Forum held in Limassol.

Petrides said among others that "all Credit Rating Agencies agree that Cyprus' economic performance, including public finances during 2021, but also the resilience it has shown in 2022 to date has been much better than anticipated and that medium-term conditions continue to support efforts to reduce the country's public debt."

At the same time, he noted, "Credit Rating Agencies also register the significant challenges that the economy still faces, which need to be addressed, particularly NPLs in the banking sector and high levels of public and private debt.

"Essentially, Credit Rating Agencies give a vote of confidence in the prospects and future developments in the Cyprus economy. They base their opinion not only on the quick recovery of the economy after the crisis of 2011- 2013 and the difficult health crisis of 2020, as well as the consequences of the Russia-Ukraine conflict in the current year but also on their belief that in the medium term there are strong drivers of underlying growth and robust prospects for a return to fiscal surpluses," the Finance Minister said.

He added that "the recovery can be achieved with the rational absorption and utilization of funds from the EU and the Recovery and Resilience Fund (RRF), as well as, in the longer term, with the exploitation of natural gas reserves.

Petrides further noted that "following a significant increase of debt-to-GDP to 115% in 2020 caused by the pandemic, general government gross debt resumed its sharp downward trend, reaching 103% of GDP at the end of 2021. As the fiscal performance continues to improve along with solid nominal GDP growth, general government debt is expected to decline about to 75% of GDP in 2025."

He went on to say that "the government prudently maintains cash reserves equivalent to the financing needs of at least the following nine months, reducing any refinancing risk."

Petrides stressed that "the Cyprus government has the resources, tools, appetite and conviction to pursue growth by differentiating its production model and investing in high-value sectors, such as ICT and green energy. The new production model is well represented with investments and reforms in the recently published Vision 2035 long-term Strategy and in the Cyprus' Resilience and Recovery Plan," he added

Moreover, he said that "Cyprus has, in recent years, made significant steps in the education, research and innovation sector, exhibiting one of the highest average annual growth rates in R&I investments among the EU Member States."

Noting that innovation needs space to flourish, he noted that "the government is currently examining the revamping of the grounds of the old EXPO, a valuable state-owned asset in a prime location a few minutes from here, into an innovation/business zone that will create a new economic growth pole."

"The specific area (250.000 square meters) fulfils a number of conditions: it is centrally located with easy access near higher educational institutions, medical/research centres and government services in an urban environment, which is expected to work synergistically with other measures that the Government is promoting for the development of the innovation ecosystem. The government has commissioned a feasibility study and a master plan that will examine the prospect of creating an innovation/district zone and will soon be launching a call for selecting a strategic investor," the Finance Minister said.

Moreover, he noted that "the well-coordinated actions by the state enabled Cyprus to be upgraded to a strong innovator, according to the recently published European Innovation Scoreboard results. We further aspire to become a regional centre for ICT firms and a gateway for international businesses into the EU. To this end, we have prepared a Strategy to attract Business and Talent, approved by the Council of Ministers in late 2021."

According to Petrides, "the reception of the Strategy has been great, evidenced by the more than 1200 companies registered in the Business Facilitation Unit and the more than 9000 skilled employees who recently moved and currently work in Cyprus. Still, we keep our ears open and are aware of the challenges faced by international businesses and their workforce. Our efforts are focused on further promoting e-government to provide, among others, faster and more reliable services to businesses," the Finance Minister said.

He noted that "the road ahead is complex and challenging both regionally and internationally." adding that economic growth stems from knowledge and innovation, and this is where a significant part of our efforts and investments should be focused.