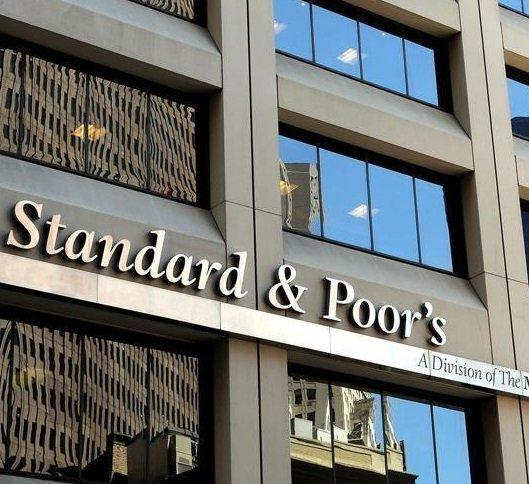 Cyprus Finance Minister Constantinos Petrides in a written statement issued on Saturday, says that Standard & Poor’s credit rating is a confirmation of the rational management of the economy and public finances by the Government, despite the negative effects of the Covid-19 pandemic.

Standard & Poor’s Global Ratings affirmed Friday its `BBB-/A-3` long- and short-term foreign and local currency sovereign credit rating on Cyprus, with a stable outlook. The Minister noted the importance of the affirmation of Cyprus’ rating, despite the fact that the economy is in the midst of the negative effects of the Covid -19.

"The rating is a confirmation of the rational management of the economy and public finances by the Government, which is the key to ensuring macroeconomic stability and fiscal sustainability," he notes.

He adds that key factors that have contributed to the strong confidence in the Cypriot economy are the Government`s permanent commitment to maintain budgetary surpluses, the trend of reducing public debt, the persistent efforts to consolidate the banking sector, as well as the management of the public debt and securing strong cash reserves by the State.

Finally, he says that especially under the difficult conditions in the world economy and in the international markets due to the crisis of the coronavirus pandemic and the economic challenges, the Ministry of Finance remains committed to maintaining the credibility of the Cypriot economy.

The report points out that authorities are implementing measures to curb the spread of the virus, while safeguarding incomes and shielding businesses from a temporary, albeit critical, liquidity shock. It adds however that COVID-19 fallout has pushed Cyprus` tourism-dependent economy into a severe recession and prompted a large deficit in 2020 and estimates that GDP will contract by 7.3% in 2020 before recovering by 5.5% in 2021.

According to S&P the stable outlook captures our view of Cyprus` solid long-term growth prospects, improving public debt dynamics and track record of running budgetary surpluses against high stocks of public and private debt. The agency considers, however, the inherent vulnerability of the country`s small open economy, given its large tourism sector and exposure to external shocks, such as the ongoing COVID-19 pandemic.

“We could consider raising the ratings on Cyprus if the banking sector materially reduced its nonperforming exposures (NPEs) and financial conditions improved, alongside faster-than-expected deleveraging in the economy or stronger external performance”, says the report.

Alternatively, it adds, ratings downside could stem from markedly lower-than-projected economic growth in the coming years, impeding private debt servicing and financial sector improvements. A negative rating action could also occur if, contrary to our expectations, fiscal performance does not improve and the general government debt burden rises substantially.

“We believe that EU membership supports Cyprus` creditworthiness, particularly favorable decisions taken at both the level of the EU and the European Central Bank (ECB) in recent months”, it notes.

While public debt remains high, it points out, proactive debt management has considerably improved the country`s public debt profile, as have the highly supportive monetary policies introduced by the ECB since 2012. Furthermore, it is added, authorities hold significant cash buffers, at least equivalent to nine months of financing needs, reducing short-term refinancing risk.

Rating constraints--which S&P expects will be amplified by COVID-19 impacts--include Cyprus` elevated stocks of public and private debt and the still-high proportion of NPEs in the banking system. Moreover, it is noted, Cyprus is more vulnerable to external shocks than larger, more diversified economies, because of the country`s small open economy with an important tourism sector, and despite having a fairly diversified services sector, including contributions from professional services, information, communication, finance, and insurance activities.