Fitch affirms Bank of Cyprus' long term rating at B- 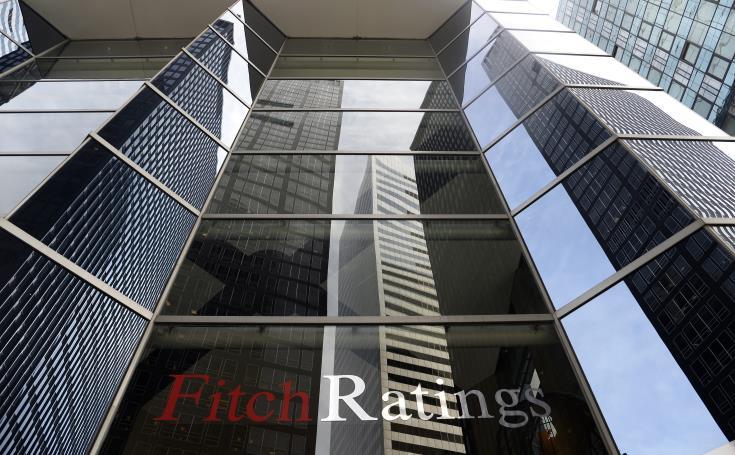 Fitch Ratings has affirmed Bank of Cyprus Public Company Limited`s (BoC) Long-Term Issuer Default Rating (IDR) at `B-` and Viability Rating (VR) at `b-` with a negative outlook.

According to Fitch, BoC announced on the 18 January 2021 an agreement to sell a portfolio of non-performing exposures (NPE) for a gross amount of about EUR0.5 billion.

"The transaction is credit-positive and will provide the bank with additional headroom at this rating level, but it does not ease medium-term pressures sufficiently to stabilise the Outlook on the Long-Term IDR, notably because of the still high capital encumbrance to unreserved problem assets (net NPE and net foreclosed assets)" Fitch says.

It adds that the Negative Outlook "continues to reflect our view that the bank`s ratings remain highly sensitive to a downside scenario to our baseline expectation of a sound recovery. In such a scenario, BoC`s ratings would likely come under pressure from higher-than-anticipated inflows of new impaired loans generating larger credit losses, weaker revenue generation, ultimately resulting in greater-than-expected capital erosion".

According to Fitch, BoC`s ratings reflect weak asset quality even after the announced NPE disposal, which results in very high capital encumbrance by unreserved problem assets, and weak profitability, which is still constrained by high loan impairment charges (LICs).

"The ratings also reflect BoC`s strong franchise and market position as the largest bank in Cyprus, which is a small market, and an acceptable funding profile. Our assessment of asset quality and capitalisation have a high influence on the bank`s ratings" it adds.

Fitch notes that the Negative Outlook reflects medium-term risks to its ratings from the coronavirus outbreak.

"The VR and IDRs are primarily sensitive to the extent and the duration of the weakening of the bank`s financial profile as a result of the pandemic shock to the economy. We would likely downgrade BoC`s VR and Long-Term IDR if asset quality deteriorates more than expected and if the problem assets ratio is likely to exceed 30% for a prolonged period of time" it continues.

According to the press release, "the bank`s VR and Long-Term IDR could also be downgraded if there is a more substantial and prolonged deterioration in profitability than we currently envisage, ultimately eroding the fully-loaded CET1 ratio and bringing capital encumbrance by unreserved problem assets above 200%, without credible prospects to reduce it to at least current levels. These circumstances could stem, for example, from a higher-than-expected asset-quality deterioration".

Fitch says that the Outlook could be revised to Stable if the bank`s operating environment stabilises and the bank successfully manages the challenges arising from the economic downturn, reversing downside risks to its asset quality and profitability, while maintaining current capital levels.

This, it adds, would mean approaching a problem asset ratio of 20% with a sustained downward trend and this would entail structurally lower LICs and hence a return to positive operating profits on a more sustainable basis.

Noting that rating upside is currently limited, it says that in the long term, an upgrade would require improved prospects for the operating environment and a meaningful and sustained improvement of core profitability, combined with a material improvement in asset quality (problem assets ratio below 15%) and a reduction in capital encumbrance moving towards 100% with a clear downward trajectory.