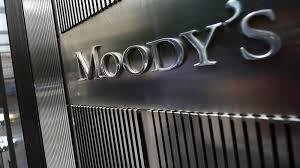 Moody`s Investors Service has today placed all of RCB Bank`s long-term ratings on review for downgrade, including its long-term deposit ratings of B1, citing “higher credit risk associated with RCB Bank`s Russian corporate exposures” on the backdrop of the sanctions imposed on Russia following its invasion of Ukraine.

The agency said that RCB Bank`s B1 deposit ratings now reflect the lower BCA of b3, which has been mitigated by a higher uplift from Moody`s advanced Loss Given Failure (LGF) due to the “the bank`s proactive steps to strengthen its loss absorption capacity recently, with the issuance of loss-absorbing debt to meet its Minimum Requirements for Eligible Loss Absorbing (MREL) debt, which has strengthened the protection afforded to depositors.”

Furthermore, it said that the current BCA and Adjusted BCA also acknowledges “the bank`s efforts to reduce its direct exposures to the Russian-government owned and recently sanctioned Bank VTB, PJSC (Bank VTB), which mitigates any potential direct reputational damage from sanctions.”

“Given the severing of joint business with Bank VTB, however, we expect lower profitability in the next 12-18 months, until the bank manages to cut costs and it delivers on its strategic expansion. RCB Bank`s 2020-23 strategy has been envisioning an expansion of its domestic Cypriot operations, loans and deposits. Although RCB Bank has been growing its domestic business, it still remains relatively small,” Moody’s said.

The agency added that the review for downgrade on the bank`s B1 long-term deposit ratings, Ba3(cr) long-term CR Assessment, Ba3 long-term CRRs and b3 BCA and Adjusted BCA, “will consider the extent to which RCB Bank`s asset quality will weaken beyond current expectations, given the uncertainty regarding the extent to which the weakened Russian operating environment will weaken RCB Bank`s corporate clients` repayment capacity, and how this will in turn impact RCB Bank`s overall solvency profile.”

“In addition, the potential for increased scope and severity of co-ordinated sanctions by Western countries and the unpredictable retaliatory actions by authorities, could also impact the ability of Russian affiliated corporates to execute cross-border transactions, even if their capacity to do so does not weaken,” Moody’s said.

According to Moody’s, given the review for downgrade on RCB Bank`s ratings, “there is currently limited upside pressure on the ratings in the next 12-18 months.”

“The ratings may be downgraded if Moody`s suspects that there could be a more severe asset quality and profitability weakening, than currently anticipated, eroding the bank`s capital, or if Moody`s considers there to be an increased risk of any indirect reputational damage on its funding and liquidity profile,” the agency said, adding that any further ratcheting up of the sanctions imposed on Russia to include the exports of commodities or further disruptions to repayments, including the possibility of a further tightening of restrictions on foreign-currency transactions, could also lead to a downgrade in RCB Bank`s ratings.