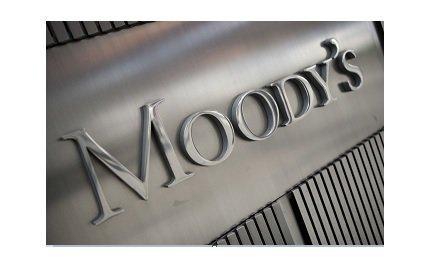 Moody`s has described as a credit positive the fact that Cyprus` Central Bank Governor expects that two largest banks on the island to sell a significant portion of problem loans.

The banks, which according to Moody`s were not present in this session, "did not make any public comments around the governor`s remarks."

Moody`s points out that the sales "would significantly reduce their problem loans and improve their asset quality metrics, accelerating the derisking of both banks’ balance sheets, a credit positive for Cyprus` two largest banks."

At the system level, a €4 billion sale out of the €10 billion of  non-performing exposures (NPEs) would reduce the NPE ratio to below 20%, from 29% as at end-August 2019, Moody`s statement says.

Moody`s moreover points out that according to the Governor, "Bank of Cyprus is pursuing a sale of €2.8 billion of problem loans, with the transaction potentially agreed as early as end of next month."

Although the bank has not disclosed any amounts, it did disclose in its latest financial reports that it is in an advanced preparation stage of reviewing NPE reduction structures, which it expected to finalise in the first half of 2020 and that include outright sales of a portfolio exceeding in total €2 billion, the statement reads.

"According to our estimates, if the sale materialises, Bank of Cyprus’ NPEs to gross loans ratio would decline to 12.6%. Part of the remaining problem loans could potentially exit NPE status during 2020-21, according to the bank’s estimates, or resolve through ESTIA, a government subsidy scheme, leading to an NPE ratio of less than 10% in the next 12-18 months", Moody`s says.

In particular, for Hellenic Bank, the reduction, according to the Governor, Moody`s says, " could amount to €1.2 billion, with no clarity around the completion of the transaction".

"According to our estimates, if the transaction materialises, the NPE ratio could decline to 10.7%, excluding NPEs guaranteed by the government. Hellenic Bank`s NPE ratio would also fall to less than 10% with the help of ESTIA (the bank received applications for €130 million housing NPEs), while the bank also expects certain NPEs to return to performing status", the statements says.

As of 30 September 2019, non performing exposures (NPEs2) comprised 31.3% of gross loans at Bank of Cyprus and 25.2% of gross loans at Hellenic Bank, 3 compared with a 2.5% average for European banks as of the same date, the statement concludes.