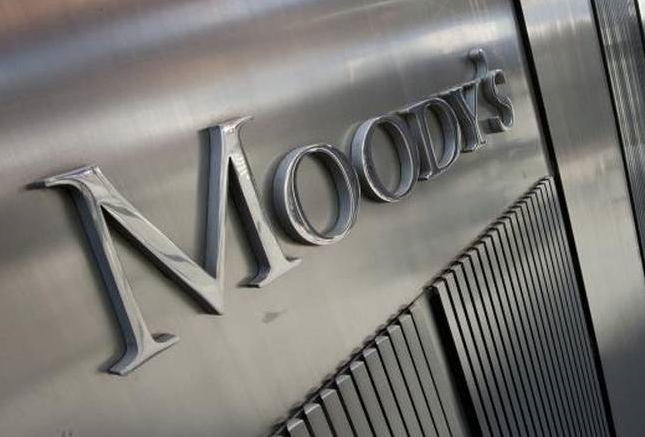 Moody`s Investors Service upgraded Thursday Bank of Cyprus Public Company Limited`s and Hellenic Bank Public Company Ltd`s long-term deposit ratings to B3 from Caa1, and their long-term Counterparty Risk Ratings (CRRs) to B1 from B2. At the same time, Hellenic Bank`s baseline credit assessment (BCA) and adjusted BCA were upgraded to caa1 from caa2, and its long-term Counterparty Risk Assessment (CRA) to B1(cr) from B2(cr). The outlook on both banks` long-term deposit ratings is positive.

According to Moody’s, the upgrade of Bank of Cyprus` ratings is driven by changes in the bank`s liability structure. In particular, the issuance of EUR220 million of Additional Tier 1 (AT1) securities in December 2018, enhances the buffers that are available to protect depositors and non-debt counterparty financial liabilities captured by the CRR.

The positive outlook acknowledges recent improvement in Bank of Cyprus` financial fundamentals. Nonperforming exposures (NPEs) declined to 37% of gross loans as of September 2018, from 47% in December 2017, following the securitisation of a portfolio of NPEs in August 2018 that will likely be completed in the first quarter of 2019. The bank`s capital is also strengthening, following the bank`s issuance of AT1 securities in December 2018 and contingent on the regulator`s approval of a reduction in its risk-weighted assets, following the NPE securitisation. The bank`s Common Equity Tier 1 (CET1) ratio will strengthen to 13.2%, from 11.9% as of the end of September 2018, while its Total Capital Adequacy ratio will strengthen to 16.2%, from 13.4% as of September.

The upgrade of Hellenic Bank captures its strengthened franchise, asset quality and capital following the integration of EUR9.3 billion of predominantly performing assets and liabilities, mainly deposits, acquired in the summer from the now resolved Cyprus Cooperative Bank Ltd (CCB), and  a capital increase of EUR150 million, for which the bank has already received binding commitments and which will be completed in the first quarter of 2019.

Hellenic Bank`s acquisition has strengthened its franchise and asset quality. Following the integration, it has become the second-largest bank in Cyprus, with around 31% market share of system deposits and is now the largest retail and SME bank. Hellenic Bank`s deposit mix has shifted and the bank is now predominantly retail deposit funded, which supports the sustainability of its deposit franchise. Hellenic Bank`s asset quality has also improved on a relative basis, following the acquisition of primarily performing loans from CCB, with NPEs-to-gross loans improving to 31% as of the end of September 2018, from 52% as of June 2018. NPEs drop to 25.6% of gross loans excluding €441 million of nonperforming loans that are guaranteed by the government, while the provisioning coverage improves to 66%, from 62% as of June 2018.

The upgrade also reflects stronger capital, as pro-forma CET1 capital will increase above 18% after the EUR150 million planned capital raise, which will be completed in the first quarter of 2019. The full capital increase has already been partly committed and partly underwritten.

For both banks the positive outlook assigned reflects Moody`s expectations of further improvements in the banks` financial fundamentals, mainly asset quality over the next 12-18 months, in the context of an improved operating environment in Cyprus.

According to Moody’s the banks` ratings could be upgraded if there is further material improvement in their asset quality, with a reduction of NPEs and improvement in the provisioning levels, while they maintain and further improve their current capital buffers. The banks` ratings could also be upgraded following changes to their liability structure which would result in a larger loss absorption cushion to depositors and other relevant creditors.

The positive outlook on the banks` deposit ratings may be changed to stable if the improvement in their asset quality decelerates or if there is a need for additional material provisions against the stock of problem loans, denting the banks` capital buffers. The ratings could be downgraded following changes in the banks` liability structure which would reduce the loss absorbing cushion to depositors and other relevant creditors. 24/01
Gulf Air Signs Memorandum of Understanding with DHL
24/01
It is premature to talk about the end of the pandemic
24/01
Apartments keep pushing up residence prices in Cyprus
24/01
Income tax revenue up by €25.6 million in 2020