Home » News » Actions for the promotion of the shipping industry

Actions for the promotion of the shipping industry 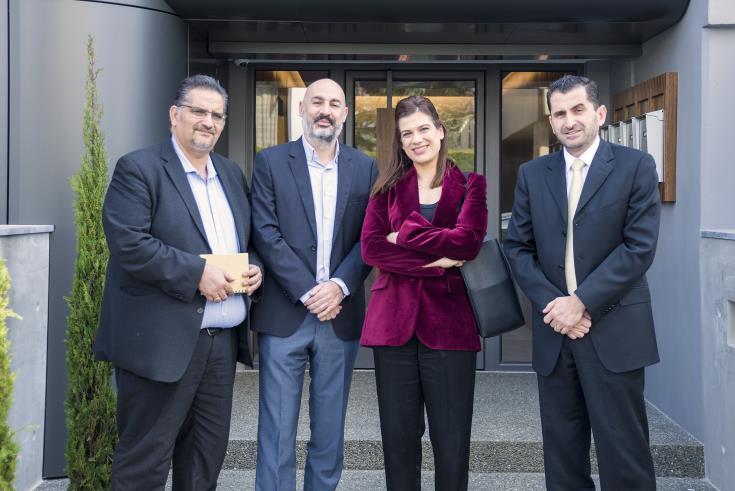 Deputy Minister of Shipping Natasa Pilides held on Tuesday her first meeting with the Board of Directors of Cyprus Shipping Chamber (CSC), during which they discussed the targets and actions for the promotion of the shipping industry.

Pilides, accompanied by the former Acting Director General of the Department of Merchant Shipping, Ioannis Efstratiou, made her first official visit to the Chamber`s offices.

In statements to the media, Deputy Minister thanked CSC for the long-standing contribution to shipping and said that "their support is very important for the success of the Deputy Ministry of Shipping and the development of the shipping industry."

"We hope that with the cooperation of the private sector, we will achieve the goals we have set for a world-class sector that can compete with the other shipping centers around the world, take advantage of all the comparative advantages it has and gain even more, "she added.

As Pilides said during the meeting, they discussed actions and put forward  policy recommendations aiming to further promote Cyprus shipping, and to the better functioning of the Deputy Ministry. They also discussed specific objectives, which can be  implemented in the in the coming months

On his part, CSC President of the Board of Directors Themis Papadopoulos, thanked the Deputy Minister for her presence and the very constructive meeting they had.

“We have already discussed substantial issues and we have made some plans on how to proceed,’’ he said, adding that the Board of Directors assured the new Deputy Minister that she would have the full support of the Cyprus shipping community.

A written statement issued by CSC after the meeting, said that the meeting set out the initial targets aiming to the effective transition of Cypriot shipping to a new era of development and progress, by attracting more ships to the Cyprus Registry and shipping companies in Cyprus, something which will have a positive impact on the further reduction of unemployment and the strengthening of other economic sectors providing services to the shipping industry.

The meeting was also attended by WISTA International, President and member of the Board of the Chamber, Despina Panayiotou - Theodosiou, who was invited by CNA to comment on the new Deputy Ministry of Shipping.