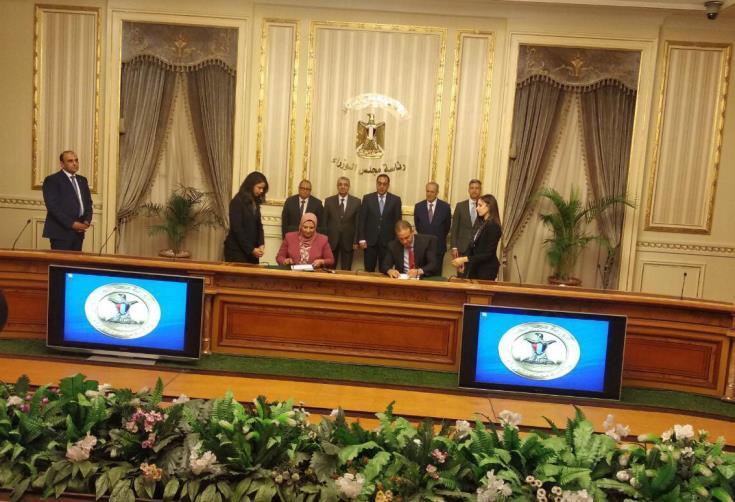 The signed agreement follows the conclusion of viability studies conducted by the EuroAfrica Interconnector which showed the benefits of the project, as well as its maturity, allowing it to enter the implementation stage.

According to a press release, the agreement was signed in the main hall of the Council of Ministers of Egypt by EuroAfrica Interconnector CEO Nasos Ktorides and Sabah Mohamed Mashal, Chairperson of the Egyptian Electricity Transmission Company.

He noted that “this is an historic day for our countries, for Egypt and Cyprus, as the national electricity grid of Egypt will be linked to the European electricity system through Cyprus and will contribute to energy security, as well as the welfare and progress of our two nations.”

Ktorides said that, “as project promoters, we are committed to the timely implementation and commissioning of the EuroAfrica Interconnector electricity interconnection within the determined timeframe that has been agreed and which is our priority.”

El-Markabi expressed his full support to the EuroAfrica Interconnector, explaining that the signing for the historic agreement is the start of the project that will achieve social, economic and political benefits for the countries concerned.

He also said that this historic project is of great importance to Egypt’s strategic plan for economic development and energy security, and the EuroAfrica Interconnector is connecting Egypt to the European electricity network through Cyprus, adding that Egypt will be an important electricity and energy partner for the European Union.

The agreement provides for the development of an electricity interconnection with the use of subsea high-voltage direct current (HVDC) cables with eth capacity to transmit 2,000MW. Furthermore, the agreement provides for the interconnection to be completed in two phases, the first being for the transmission capacity of 1,000MW which will be implemented within the timeframes and assurances provided to President El-Sisi.