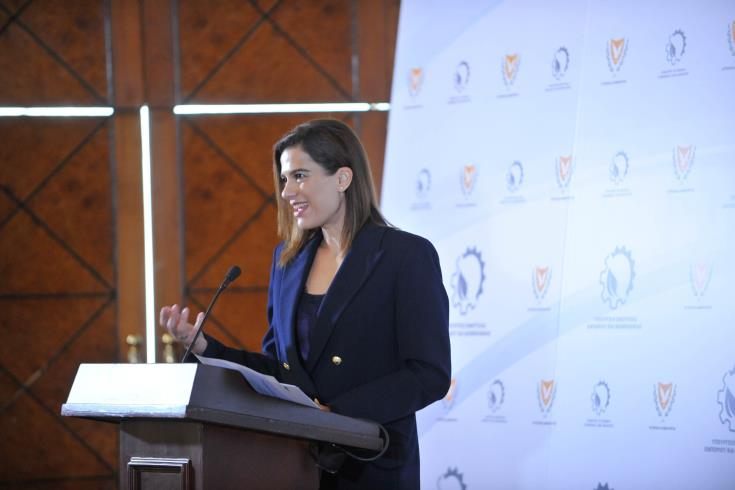 Cyprus and Egypt will sign on Saturday in Nicosia a Memorandum of Understanding for the electricity interconnection between the two countries.

An official press release said the memorandum will be signed at the Presidential Palace on behalf of Cyprus by Minister of Energy, Commerce and Industry, Natasa Pilides and Minister of Electricity and Renewable Energy Mohamed Shaker El-Markabi.

The electricity interconnection is part of the Cyprus, Greece and Egypt interconnection project, the foundation of which was set in Nicosia in November 2017 during the 5th interstate trilateral meeting of the three countries. The political commitment by the leaders to implement the project was followed by another two trilateral meetings. The signing of the trilateral agreement will be finalised after the memorandum is completed.

In the Memorandum of Understanding to be signed by the two Ministers, the two countries will express the political will of their governments to facilitate the timely granting of permits and approvals, to proceed with the techno-economic studies for the construction of the submarine cable and the infrastructure required by the investment and, subsequently, the timely granting of the required permits for the construction of the project.

The interconnection project is in line with the objectives of the diverse Energy Strategy of the Cypriot Ministry of Energy, Commerce and Industry for a speedy transition to the green economy. At the same time, it will help lift the country`s energy isolation, ensuring energy supply and strengthen the effort to further develop renewable energy sources.

14/01
Full steam ahead for the building of the 'ETYFA PROMETHEAS' on the account of Cyprus in Shanghai
14/01
Hospitalisations of children with Covid-19 have doubled
14/01
Fitch: Cypriot banks’ credit profiles improving on planned NPE sales
14/01
Signs of recovery in flights in 2021