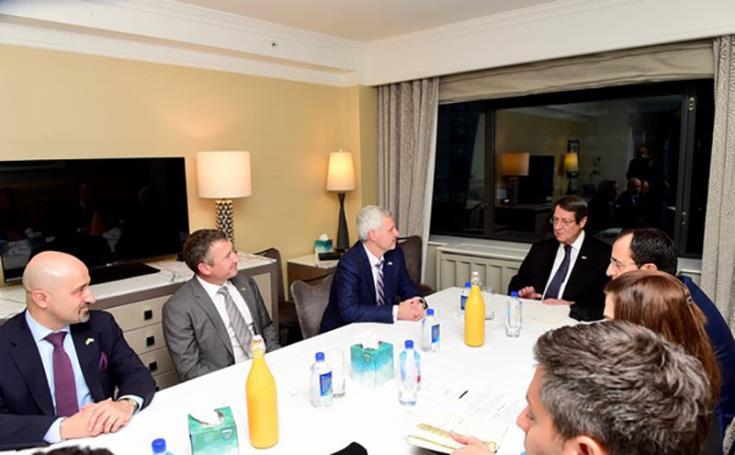 Minister of Foreign Affairs Nikos Christodoulides, Minister of Energy, Trade and Industry Natasa Pileidou, Government Spokesman Marios Pelekanos and other officials were also present at the meeting, an announcement by the Presidency of the Republic says.

During the meeting, issues related to the company’s plans in EEZ block 10 of the Republic of Cyprus, licensed to Exxon, were discussed.

They also discussed developments in the Eastern Mediterranean as well as further actions on the part of the government of Cyprus regarding the unhampered implementation of its energy designs in Cyprus’ EEZ, the announcement concludes.