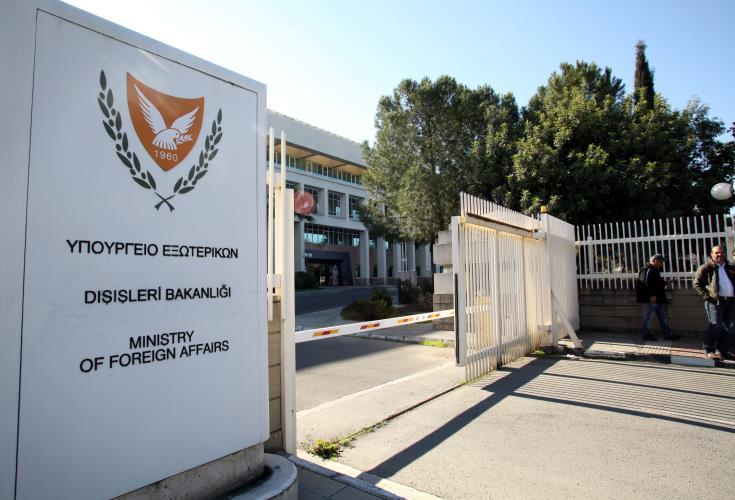 The Minister of Foreign Affairs of Slovenia, Miro Cerar, will pay a working visit to Cyprus on October 17 and 18 during which he will hold talks with his Cypriot counterpart, Nikos Christodoulides, and will attend a Cyprus - Slovenia business forum.

CNA has learned that during their talks, on Thursday, the two Foreign Ministers will discuss about developments in the Cyprus problem, Turkish provocative activities in Cyprus’ Exclusive Economic Zone (EEZ) in light of the decision of EU Foreign Affairs Ministers on targeted measures against the Turkish illegal drilling, expected to be endorsed later this week by the European Council, EU matters, including Brexit, and the bilateral relations between Cyprus and Slovenia. After their talks the two Ministers will make statements to the press.

On Friday, Cerar will hold a meeting with the President of the House of Representatives Demetris Syllouris and will attend the Cyprus – Slovenia business forum organized by the Cyprus Chamber of Commerce and Industry in cooperation with Slovenia.

The Foreign Ministers of Cyprus and Slovenia will address the opening of the seminar.

The EU28 Foreign Affairs Ministers agreed on Monday in Luxembourg that "a framework regime of restrictive measures targeting natural and legal persons responsible for or involved in the illegal drilling activity of hydrocarbons in the Eastern Mediterranean is put in place” and invited the EU High Representative and the Commission to swiftly present proposals to this effect.

More specifically, according to the text adopted by the Council: "In light of Turkey’s continued illegal drilling activities in the eastern Mediterranean, the Council reaffirms its full solidarity with Cyprus, regarding the respect of its sovereignty and sovereign rights in accordance with international law."

The Council "recalls its conclusions of 15 July 2019 in all its parts, and notably that delimitation of exclusive economic zones and continental shelf should be addressed through dialogue and negotiation in good faith, in full respect of international law and in accordance with the principle of good neighbourly relations."

Furthermore, the Council, "based on preparatory work already undertaken, agrees that a framework regime of restrictive measures targeting natural and legal persons responsible for or involved in the illegal drilling activity of hydrocarbons in the Eastern Mediterranean is put in place, and invites the High Representative and the Commission to swiftly present proposals to this effect."

EU Foreign Ministers endorsed on 15 July 2019 measures concerning Turkey’s illegal drilling in the EEZ of Cyprus, deciding, among others, to suspend negotiations with Ankara on the Comprehensive Air Transport Agreement and postpone the Association Council and other EU-Turkey meetings. Moreover, the Council reduced the pre-accession assistance to Turkey for 2020 and invited the European Investment Bank to review its lending activities in the country.

In accordance with the 20 June 2019 European Council conclusions, Foreign Ministers also invited the High Representative and the Commission to continue working on options for targeted measures in light of Turkey’s continued drilling activities in the Eastern Mediterranean.