ΕΙΒ funding operations in Cyprus not affected by Ukrainian crisis 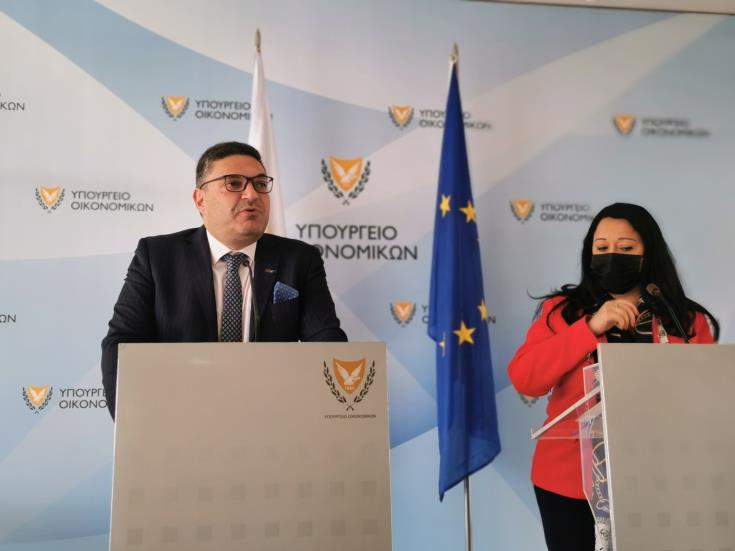 The European Investment Bank’s (EIB) funding operations in Cyprus this year will not be affected by the crisis triggered by Russia's invasion to Ukraine, EIB Vice President Lilyana Pavlova has said, with the Bank expected to sign funding contracts estimated at €200 million in 2022.

“I don’t think the current situation will affect (the funding operations), on the contrary we are ready to provide all necessary support needed in Cyprus in the critical sectors of the economy” Pavlova said in a joint press conference with the Finance Minister Constantinos Petrides, who stressed that the Cypriot authorities will not change their development plan for 2022.

“As the developments are taking shape, we don’t believe its appropriate to change our development plan,” Petrides said, adding that the government should expedite and not delay green growth and end the reliance on fossil fuels.

“For this reason, in cooperation with the EIB we should expedite all these investments which are financed by the bank and our teams are in constant contact to review the developments,” he added.

Inflation spiked globally, fuelled mainly by oil prices, due to global demand as the world recovered from the COVID pandemic with analysts projecting further price hikes will further continue.

“In the existing new crisis the world is facing and with respect to the increasing inflation and the new challenges which we are all facing, we now stand ready to support not only the people and the government of Ukraine to whom we want to express our full support and solidarity but also to neighbouring countries and other countries impacted from the consequences of this critical period,” Pavlova said.

Moreover, the Cyprus Finance Ministry and the EIB are in discussions for future projects such as the National Museum, support to the State Laboratory for innovation and research, as well as investments in the context of green transition such photovoltaics along highways and other areas.

In 2021 amid the COVID-19 pandemic the EIB provided funding to Cyprus amounting to €303 million.

“But now the focus of discussions is renewable, there is huge potential and we are ready to provide financing and also our technical and advisory support, in order to prepare strong and sustainable projects both for the private sector and also with the government,” the EIB Vice President said.

Asked whether in the light of the situation due to the crisis in Ukraine, the EIB considers revising its decision to phaseout financing projects associated with natural gas and oil, Pavlova said that the EIB awaits the final decision to be taken at the European level for the inclusion of natural gas and nuclear energy in the European taxonomy as transitional fuels.

“We have to wait the decision to be taken in the policy level on the final level on European taxonomy and then at the end of this year we are obliged to make a review of our energy lending policy, which was adopted in 2019, and as part of our review the Board will decide whether there is need to adopt our energy lending policies and eligibility criteria" and waht should be the way forward "but for the moment policy remains as it is,” she said.