King of Jordan pays official visit to Cyprus on Friday 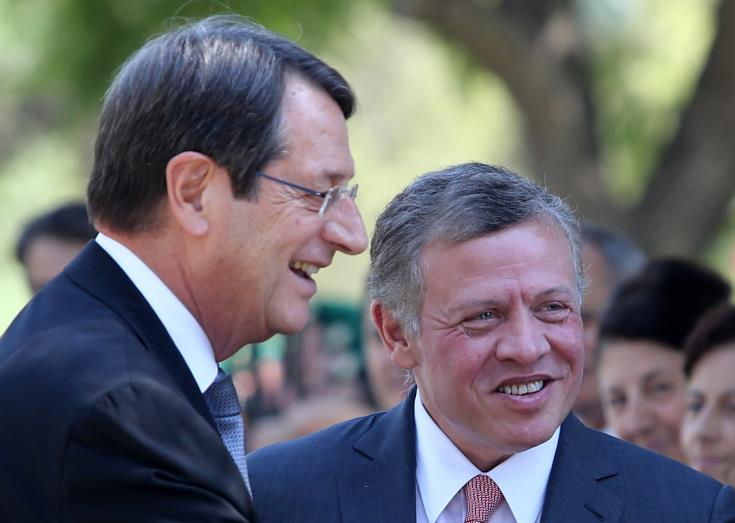 King of Jordan Abdullah II pays an official visit to Cyprus on Friday, during which he will have consultations with Cyprus President Nicos Anastasiades and a series of agreements will be signed.

President Anastasiades is set to welcome the King of Jordan on Friday afternoon at the Presidential Palace, a presidency press release says.

After a tête-à-tête meeting they will have consultations with the participation of the two countries' delegations.

During the consultations, President Anastasiades will brief King Abdullah on recent developments in the Cyprus problem. Among other issues they will discuss bilateral relations, actions to deal with the consequences of Climate Change and the President`s initiative for the Eastern Mediterranean and Middle East region, efforts to deal with the pandemic`s impact and regional developments, the press release adds.

In the context of the visit, Cyprus President will decorate King Abdullah and he will also decorate President Anastasiades with the highest distinction of Jordan.

On the sidelines of the meeting, a series of agreements as well as a Memorandum of Development Cooperation will be signed between the Foreign Ministries of Cyprus and Jordan.

In the evening, President Anastasiades will host a dinner in honour of the King of Jordan.