16/07/2012 17:17
Flaws in the way Libor is set allowed individual banks to manipulate the key global interest rate for profit for years, according to traders.

While employees allegedly tried to rig the benchmark for $500 trillion of securities worldwide, they didn’t need to conspire with counterparts at other firms to affect where the rate was set each day, as some regulators concluded, said the people, one of whom lost his job for trying to distort the rate. By nudging their own firms’ submissions up or down in small increments they could boost the value of their trading books or cut their losses, said the people, who asked not to be identified because regulators are still investigating the Libor- setting process.

The ability of a single bank to rig the London interbank offered rate also is highlighted by e-mails disclosed when Barclays Plc (BARC) paid a 290 million-pound ($452 million) fine to U.S. and U.K. regulators for manipulating the benchmark, and by academic studies. The settlement forced the resignations of the top three executives at Britain’s second-biggest bank by assets, including Chief Executive Officer Robert Diamond, 60.

“It is far easier to manipulate Libor than it may appear,” Andrew Verstein, a lecturer at Yale Law School, said in a paper to be published in the Winter 2013 issue of the Yale Journal on Regulation. “No conspiracy is required.”

Regulators in the U.S. and Europe are probing more than a dozen banks worldwide over alleged rate-fixing, with British prosecutors opening a criminal investigation on July 6. Barclays paid a record fine to settle the claims, and others are poised to follow. Deutsche Bank AG (DBK), Germany’s largest lender, may pay as much as $1.57 billion in penalties and legal costs and Edinburgh-based Royal Bank of Scotland Group Plc (RBS) $1.48 billion, according to estimates published last week by Morgan Stanley analysts Betsy Graseck and Huw van Steenis.

Regulators may be especially interested in cases where traders at several banks conspired to rig Libor, since this could subject the firms and traders to criminal antitrust charges and higher penalties. That banks could and did manipulate Libor on their own may also prompt regulators to target individual firms beyond Barclays for unilaterally distorting the rate.

Libor is determined by a daily poll carried out on behalf of the British Bankers’ Association that asks banks to estimate how much it would cost to borrow from each other for different periods and in different currencies. The rate, an indicator of the cost of money, is used to set prices for securities from mortgages to car loans. Similarly, Euribor, the euro-equivalent is overseen by the European Banking Federation in Brussels.

The so-called Chinese walls between traders and employees making interest-rate submissions on behalf of their banks were regularly breached, leaving the rate vulnerable to manipulation, Bloomberg News reported in February.

Of the daily submissions by 16 banks for U.S. dollar Libor, the top and bottom four, known as the first and last quartiles, were excluded and an average of the remaining eight entries calculated. For Euribor, 43 banks sit on the panel and the top and bottom 15 percent are excluded. Three-month dollar Libor was unchanged at 0.455 percent on July 13.

One former trader interviewed by Bloomberg News, who asked not to be identified as he’s being investigated by regulators, said he and his colleagues tried to influence his bank’s rate- setters over a period of years because it was easy and even small movements helped their profit and loss accounts.

Barclays’s derivatives traders tried to profit by getting colleagues to alter their firm’s Libor submissions on “numerous” occasions between January 2005 and June 2008, Britain’s Financial Services Authority said in its settlement with the bank last month. Out of the 173 e-mails asking rate- setters at Barclays to alter their U.S. dollar Libor entries, only 11 came from outside the firm, according to the FSA.

On Feb. 7, 2006, a U.S. dollar derivatives trader asked for “high” one- and three-month submissions, the FSA said, citing internal e-mails. The employee also expressed his preference that Barclays would be “kicked out” of the average calculation, the FSA said.

“Trader C’s aim was therefore that Barclays’s submissions would be high enough to be excluded from the final average calculation, which could have affected the final benchmark,” the FSA said.

On March 10, 2006, another trader sought a “very low” three-month fixing, saying “preferably we get kicked out.”

“We have about 80 yards fixing for the desk and each 0.1 lower in the fix is a huge help for us,” he said, indicating the bank had an $80 billion position, according to the FSA.

Most of the time, the firm’s rate-setters complied with the requests, adjusting Barclays’s submissions of its borrowing rates one or two basis points up or down, according to the FSA. A basis point is 0.01 percentage point. Between January 2006 and August 2007, the bank’s Libor quotes reflected traders’ requests more than two-thirds of the time, the FSA said. In the case of Euribor, it was 86 percent of the time.

“We’re talking about huge sums of money, so a small nudge of the benchmark is worth quite a bit potentially on the individual trader’s profit and loss account,” said Roger Francis, a London-based analyst at Mizuho International Plc.

In an interview, Yale’s Verstein gave the example of eight hypothetical banks polled to create a Libor-like rate, where the two highest and lowest submissions are excluded. If the banks submit one-month rates ranging from 0.18 percent to 0.27 percent, they produce a setting of 0.2325 percent. By cutting the third-highest submission 3 basis points, a bank can manipulate the outcome to drive Libor down by 0.5 basis point, Verstein’s analysis shows.

Adding 5 basis points to the lowest submitted rate can change the range of included and excluded entries by enough to push Libor up by 0.75 basis point in this example.

That indicates the BBA, a lobbying group that oversees the rate, and the Bank for International Settlements were wrong when they said eliminating outliers would protect Libor from abuse.

“The decision to trim the bottom and top quartiles in the calculation was taken to exclude outliers from the final calculation,” according to the BBA Libor website. “By doing this, it is out of the control of any individual panel contributor to influence the calculation.”

Jacob Gyntelberg and Philip Wooldridge, BIS economists, concluded in a March 2008 report that rates like Libor could only be rigged “if contributor banks collude or if a sufficient number change their behavior.”

“It is false to say, as many do, that it would have required coordination,” Yale’s Verstein wrote in his journal article. “At least 75 percent of the panel banks may unilaterally affect the average by moving the quote in their preferred direction.”

According to some estimates, the figure may be even higher. Between Jan. 2, 2007, and Aug. 8, 2007, 95 percent of submissions had an impact on where the rate was set, according to “Libor Manipulation?” a 2008 paper by academics including Rosa Abrantes-Metz, an economist with consulting firm Global Economics Group and an associate professor at New York University’s Stern School of Business.

If the Barclays e-mails are any indication, the right submission could at least earn an employee a cup of coffee from grateful traders.

“If it’s not too late, low 1m and 3m would be nice,” a Barclays trader wrote to a Libor submitter in an April 7, 2006, e-mail released by the FSA. “Coffees will be coming your way either way, just to say thank you for your help in the past few weeks.”

On an $80 billion portfolio of swaps, a 1-basis-point move on one-month, U.S. dollar Libor could benefit a trader by about $667,000, according to data compiled by Bloomberg.

Consider a swaps trader at a bank that helps set U.S. dollar Libor, as Barclays did. The e-mails released by regulators focused on the London-based bank’s swaps desk.

The trader’s principal duty is to help clients offset interest-rate risks or take bets on the direction of rates via swaps or futures. A company taking out a loan, for example, may wish to protect itself from an increase in rates by buying a so- called plain-vanilla swap, whereby it exchanges its variable interest payments for fixed ones.

After entering a swap with a client, the trader either can find a counterparty, hedge his position to mitigate potential losses using derivatives, or look to profit by leaving all or part of the trade on his book un-hedged.

Over hundreds of trades, a desk will build a position that rises or falls depending on where Libor is set in different currencies and maturities each day. A trading book with more contracts paying variable payments than fixed payments would benefit if Libor is lower, for example. The interests of different desks within the bank won’t always be aligned.

“Barclays derivatives traders knew on any particular day what their book’s exposure to a 1-basis-point movement in Libor or Euribor was,” the FSA said in the settlement.

To be sure, profits may be more pronounced if traders at other banks are willing to conspire. In February 2007, a Barclays trader wrote to a trader at another bank:

“If you know how to keep a secret I’ll bring you in on it, we’re going to push the cash downwards,” and “if you breathe a word of this I’m not telling you anything else.”

Barclays’s settlement document says that from January 2005 to May 2009, other firms’ traders made requests to the British bank regarding U.S. dollar Libor 11 times and Euribor 20 times.

“You have 16 banks employing people who are eating at the same restaurants, drinking at the same pubs,” said Michael Kraten, an accounting professor at Providence College in Rhode Island and a co-author of the “Libor Manipulation?” paper. “They look at each other as competitors, but also as friends. It’s easy to believe that whether or not they’re explicitly talking to each other, they understand each other well and they’re implicitly colluding.”

Here’s how one bank could manipulate Libor, based on Verstein’s analysis: 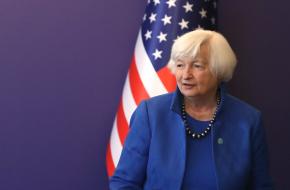 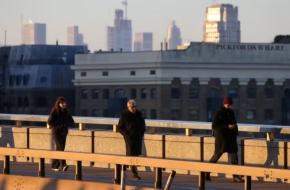 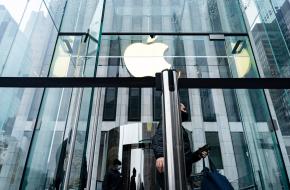 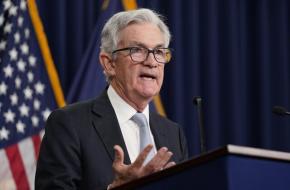