17/09/2015 11:16
UN Secretary General Ban Ki-moon has said he is "shocked" after Hungarian police fired tear gas and water cannon to force migrants back from its border.

Mr Ban said such treatment of asylum seekers was "unacceptable".

Hundreds were involved in clashes at the Hungary-Serbia border on Wednesday, trying to breach a razor-wire fence.

More than 5,000 migrants have entered Croatia so far - avoiding Hungary - police say, and another 7,266 entered Germany on Wednesday.

German police said this was more than double the number that crossed the previous day, adding that most were picked up on the border with Austria.

Germany is the final goal of many migrants, as the European Union remains divided over how to deal with the crisis.

Hungary defended its action, saying that 20 police officers were injured as migrants tried to break through a gate, and a spokesman accused migrants of using children as "human shields".

Hungary closed its entire border with Serbia on Tuesday after making it illegal to enter the country or damage the border fence. The country's courts have started fast-track trials of arrested migrants.

More than 200,000 people have already crossed into Hungary this year to enter the EU's Schengen zone, which normally allows people to travel between member countries without restrictions.

With Hungary's border firmly shut, more and more people are getting on buses and into taxis and heading towards Croatia.

Most are avoiding the official crossing - even though it is open. Instead they're walking down a dirt farm track which takes them through fields of corn to a waiting line of Croatian border guards.

Many people pause at the sight of police vans. But guards wearing baseball caps greet them in English saying - don't be afraid. UN and Red Cross officials are also in the fields, reassuring people they're only being driven to waiting buses to take them to the capital Zagreb for some rest and to register.

So many are arriving now that a special train service was also started late last night. Most people see Croatia as a transit country. But more barriers still lie ahead. Slovenia's prime minister has announced he's tightening all his borders until there's a common European solution to this crisis. So far, there's no sign of that.

Many are now heading for the Croatian border. Croatian police said 5,650 had crossed into the country.

Interior Minister Ranko Ostojic told national TV that the police were currently in control of the situation but if migrants continued to arrive in large numbers the authorities would have to think about taking a different approach.

On Wednesday officials said Croatia would allow migrants to travel to northern Europe.

Authorities in Paris, France, are evacuating more than 500 migrants from tent camps and sending them to special migrant housing centres, the Associated Press reports

Top Austrian, Croatian and Slovenian officials will hold talks to discuss in detail the passage of migrants into Austria

One of the main motivations driving Syrians towards Europe is to find a better life and education for their children, the charity Save the Children says. Its report says more than two million children inside Syria are unable to attend schools

On Wednesday, there were chaotic scenes near the Hungarian town of Horgos, with fires burning and police vehicles and ambulances arriving on the Serbian side of the border, across from massed ranks of riot police on the other side.

Some migrants threw missiles, including stones and water bottles.

The firing of tear gas and water cannon created a stampede of migrants away from the border.

Several people received treatment from the Serbian ambulance service, some suffering the effects of tear gas.

Migrant Amir Hassan, from Iraq, said: "We fled wars and violence and did not expect such brutality and inhumane treatment in Europe."

Serbia has said it will send additional police to its border with Hungary.

The UN High Commissioner for Refugees, Antonio Guterres, called on the Hungarian authorities to ensure "unimpeded access" for people fleeing wars and persecution.

"UNHCR was especially shocked and saddened to witness Syrian refugees, including families with children who have already suffered so much, being prevented from entering the EU with water cannon and tear gas," a statement said. 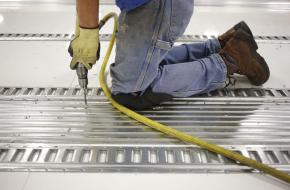 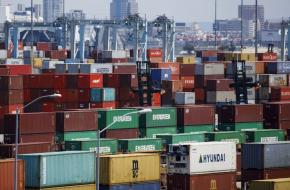 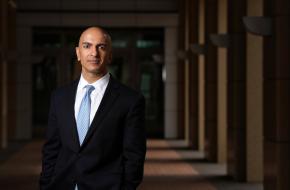 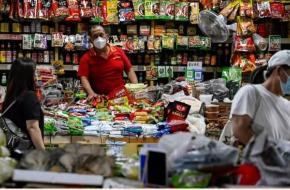