Oil Eases But Still Near $50

26/01/2005 11:29
Oil prices edged lower on Wednesday, keeping within sight of $50 a barrel on supply worries in the United States, where weekly data is expected to show a draw in distillate inventories.
A refinery fire in Louisiana helped send prices to a new eight-week high of $49.75 a barrel on Tuesday, highlighting the market's sensitivity to supply disruptions ahead of this weekend's Iraqi elections and OPEC policy meeting.

U.S. light crude was down 21 cents to $49.43 a barrel, but up nearly 14 percent since the start of the year after the eastern United States was hit with the first severe cold snap of the winter, boosting demand for heating oil supplies.

London Brent was down 26 cents at $46.75 a barrel after hitting a nearly three-month peak on Tuesday.

Prices leapt on Tuesday after ConocoPhillips said it had slowed production at its Belle Chasse, Louisiana, refinery after a fire at the weekend that traders said cut gasoline output. But for most, the focus remained on winter fuels.

U.S. supplies of heating oil were running about 4 percent below last year, the most recent government figures showed, and analysts forecast a 2.6 million-barrel fall in total distillates stocks for the week to Jan 21.

Inventories of crude oil and gasoline, both in surplus versus a year ago, were expected to have risen. Data is due at 10:30 a.m. EST.

"While U.S. stocks have continued to build, distillate (and particularly heating oil) stocks remain tight in the wake of the storms in the Gulf of Mexico and winter demand," Citigroup said in a research report.

"This, along with continued fear in the run-up to this weekend's Iraqi elections, has served as the primary support for oil prices in recent weeks," the report said.

Winter arrived late for most of the northern Hemisphere but has hit hard in the last few weeks, helping pull down kerosene heating fuel stocks in number-three oil user Japan by 7.7 percent over the last week, industry data showed on Wednesday.

Frigid temperatures in the U.S. Northeast, the biggest heating oil market in the world, are forecast to ease by next week and stay warmer than usual in February and March, helping alleviate resurfacing worries about a winter supply squeeze.

But traders are unlikely to sell the market heavily ahead of Sunday's Iraqi elections and a meeting of the Organization of the Petroleum Exporting Countries (OPEC), either of which could yield surprises.
A host of OPEC ministers said this week that oil prices were too high to justify cutting production, despite some fear of a build in supplies during the seasonally weak second quarter. OPEC's top producer, Saudi Arabia, has yet to state any preference.

In Iraq, traders fear the elections could spur more sabotage against the country's oil sector, possibly even disrupting the 1.5 million barrels per day (bpd) of southern exports that have been relatively untroubled by attacks.

The northern export pipeline has been the target of repeated attacks by militants and has been shut for more than a month. 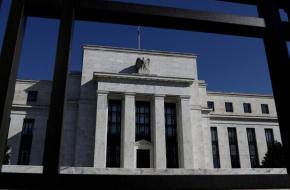 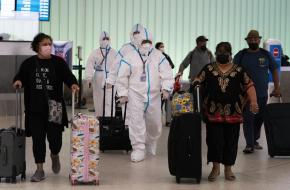 US moving to toughen testing requirement for travelers
World Economy 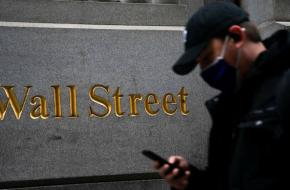 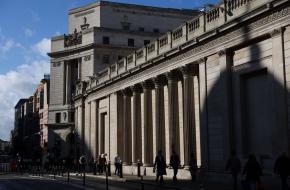