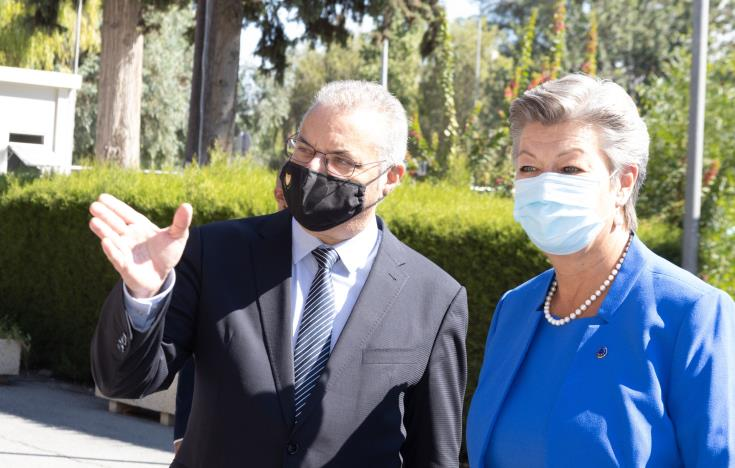 Cyprus will submit to the Council of the EU a proposal containing three measures to deal with migration inflows until the bloc’s 27 member states reach an agreement on a new European Pact on Migration and Asylum.

Cyprus will submit the proposal on behalf of the five Mediterranean countries, that is Cyprus, Malta, Greece, Italy and Spain, Interior Minister Nikos Nouris told the House Committee on Foreign and European Affairs on Tuesday.

Nouris informed the members of the Parliament about the current negotiations to launch a new EU Pact on Migration and Asylum that have been ongoing for more than a year.

Cyprus unreservedly supports the need to reach a single pact, which will be the legal framework that will help manage the huge migration problem facing our country, Nouris stressed in statements to the press after the Committee’s meeting.

He recalled that during the 2015 migration crisis asylum systems collapsed, mainly in Greece and Italy due to the absence of a legal framework, adding that "we do not want to experience something similar again and we are discussing with our European partners to conclude a Pact”. The Minister noted the importance of solidarity and redistribution, especially for Cyprus, a non-member state of the Schengen Area.

There are various positions and trends within the EU, said the Minister, one of them being the position of the five Mediterranean countries, Cyprus, Malta, Spain, Italy and Greece, which bear the biggest burden against the positions of other European countries that have increased in recent years and which interpret solidarity in a different way.

The Minister noted that Cyprus has undertaken an initiative to propose concrete measures that will be presented during the forthcoming Council in Luxembourg on Thursday, along with the other four Mediterranean countries.

The proposal stipulates that in parallel with discussions on the Pact, the EU member states should adopt three measures to aid front-line member states in dealing with migration inflows. The first such measure, he explained, has to do with the monitoring of the Green Line, the United Nations buffer zone in Cyprus, that separates the island’s government - controlled area from the Turkish occupied area.

The second measure proposed is the undertaking by the Commission of an initiative to reach a central agreement with a number of third countries on the return of migrants and the third is the activation of all existing mechanisms in the EU to maximize the number of returns.

Zambarta said that European Commissioner for Home Affairs Ylva Johansson who paid a visit to Cyprus recently, would seek a reassurance from Turkey that it would implement the 2016 EU-Turkey agreement on irregular migration vis-à-vis Cyprus during a visit she would be paying to Turkey next week.