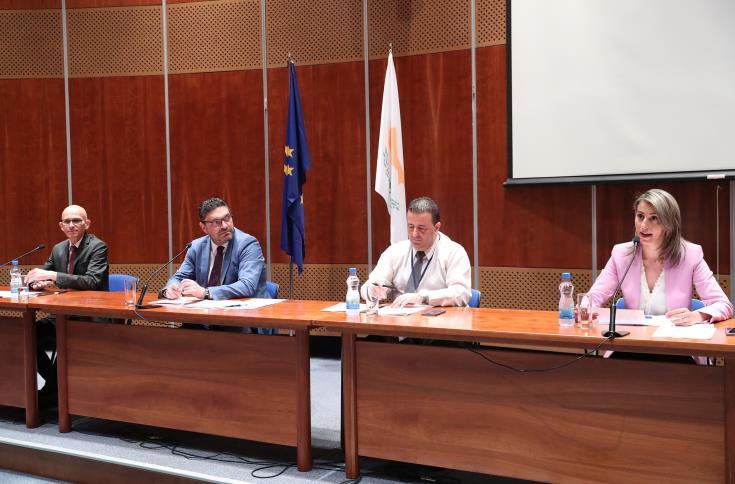 Minister of Finance Constantinos Petrides announced the launch of the implementation of three measures, under the Government Support Program, to address the consequences of COVID-19 pandemic.

The measures concern a subsidy Plan for Very Small and Small-Sized Enterprises and Independent Employees and subsidization of interest rates for new loans for a specified period of time and with a fixed maximum loan amount.

As the Minister said, after the approval of two of the three measures by European Commissions’ Competition Authority, people and enterprises will benefit from the measures from next week.

The first measure subsidizes interest rates for new housing loans, aiming to support households to get loans for private housing purposes. The Minister said that the measure, even if it applies for a certain period of time, is an appropriate, necessary and targeted solution under the current circumstances.

The measure concerns loans that have been concluded or will be repaid from 1 March 2020 to 31 December 2020, and will not exceed 300 thousand euros. The duration of the subsidy will be four years and will amount to 1.5 percentage points of the interest rate.

As from Monday, all interested parties can apply for a loan under the plan in ten Credit Institutions in Cyprus.

The second measure is an interest rate subsidy plan for new business loans to businesses, including self-employed workers, who face a lack of liquidity as a result of the pandemic. It concerns loans concluded or to be concluded from 1 March 2020 to 31 December 2020. Beneficiaries will be all companies and self-employed, provided that they are not considered problematic under the European Commission’s definition.

"We believe that this measure will contribute to the satisfaction of the needs in working capital but also for investments within the Republic. This Plan was approved just yesterday, with the approval of the General Directorate of Competition of the European Commission and can be implemented immediately ", said the Ministry of Finance.

He also said that in the coming week, more information will be announced on the process, as well as a list of financial institutions that will participate in the Plan. The maximum amount of the loan, which can be granted per independent employee or company cannot exceed € 800,000.

The third measures, a subsidy Plan for Very Small and Small-Sized Enterprises and Independent Employees, aims to cover part of the rent and operating expenses. The sponsorships apply to 50,000 very small and small-sized businesses and self-employed people who employ up to 50 employees.

The Minister said that for the sponsorship, no application is required from the beneficiaries.

Petrides pointed out that  that the Government is standing by Cyprus employees and entrepreneurs, exhausting its budgetary flexibility, without risking fiscal derailment.