Fiscal Council: Public funds should be distributed with caution 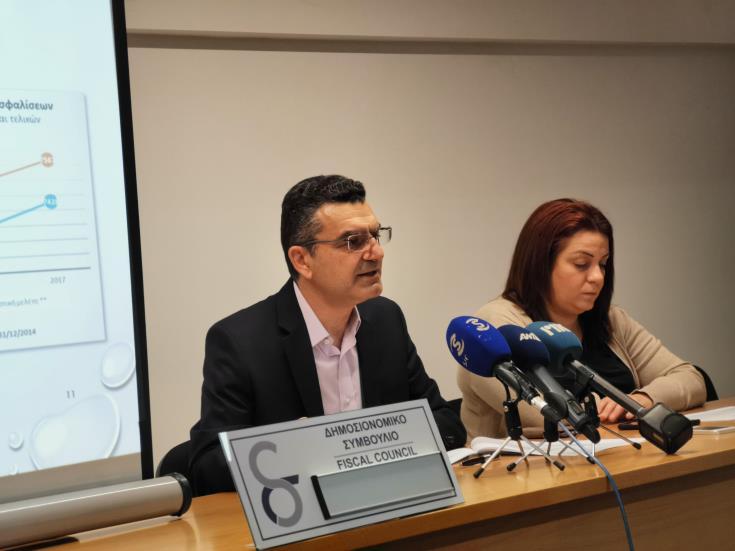 The government should be cautious in channeling public funds until there is clarity concerning the development of crisis caused by the coronavirus outbreak, Fiscal Council said in its spring report, stressing that the crisis has once more highlighted the need to promote reforms to strengthen the Cypriot economy.

The Council noted that amid the uncertainty caused by the Covid-19 outbreak projections and fiscal planning should be revised and adjusted regularly depending on new data reflecting the clearer image concerning the development of the pandemic and its impact on the economy.

“In the meantime, and until there is clarity concerning the pandemic’s development and taking into account the situation of the economic activity, public funds should be channeled with caution,” the Council said.
It also noted that government support measures should be directed only to viable companies facing temporary liquidity problems and to households in absolute need.

“The state should maintain cash reserves in view of a possible need for a new intervention at a later stage”, the report said, pointing out that “despite new positive data concerning the development of the pandemic there should no complacency.”

The Council also highlighted the need for the promotion of reforms that would strengthen the economy.

“The unexpected crisis highlights once more the importance of promoting the necessary reforms as outlined in reports of institutions and organisations, among which the Fiscal Council”.

According to the report, special emphasis should be placed on the reforms associated with the improvement of the competitiveness of the economy rendering it more attractive to domestic and foreign investments, as well as the creation of fiscal surpluses that would drastically reduce debt, the reduction of indebtedness and encouraging savings and the reduction of non-performing loans.

“As the crisis comes to an end the Council believes the reform effort should be intensified on the reforms repeatedly submitted in the previous year,” the Council added.