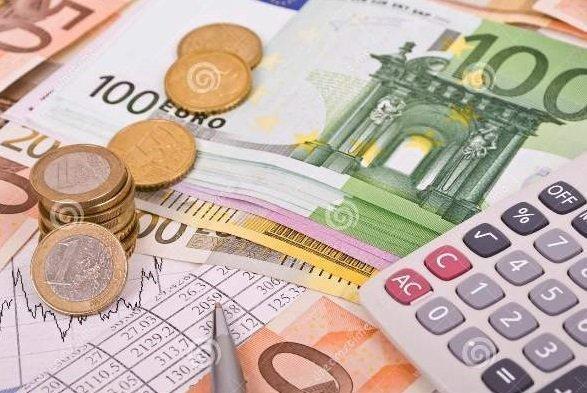 The Cyprus Fiscal Council (CFC) expects increased pressures on the macro economy for 2023, with forecasts slightly more unfavorable than those of the Ministry of Finance, in its Report for 2022, published on Friday. It notes, however, that the restraint of expenditure and the management of the public debt so far, "set it on a satisfactory base for the time being, assuming there will be no policy change".
Specifically, the Council notes the inherent resilience that the Cyprus' economy continues to demonstrate, with real GDP growth continuing to be positive. Based on the favorable scenario of the Council, 2.4% GDP growth is expected for 2023, compared to 3% expected by the Ministry of Finance. The Council notes that the Cypriot economy has, to a large extent, absorbed the challenges created by inflationary trends and disruptions in supply chains.

CFC also notes that inflation has reduced household disposable income but boosted spending, particularly in retail. For 2023, according to the Council, inflation is expected to be limited to 3.8%, compared to the estimates of the Ministry of Finance, which are at 3%.

The implementation of the Recovery and Resilience Plan (RRP) will also be an important parameter for the success of the objectives of the Republic and the careful and close evaluation of both the implementation and the impact with measurable criteria is of great importance, CFC notes.

In addition, it is estimated that the downward trend of public debt as a percentage of GDP will continue. "The careful and prudent management observed has allowed the Republic to create a liquidity reserve, which should be preserved as the conditions in the international debt markets are expected to deteriorate in the next period", the Report underlines.
The Council also notes the increase in development spending for 2023 and recommends an increased focus on development spending related to the Republic's medium-term goals, such as the green transition and digital infrastructure. "We consider it imperative to maintain social spending, but we note that stricter targeting will increase the social footprint of spending, without an increase in fiscal costs", it notes.

Finally, the Council considers the monitoring of the implementation of the Budget in 2023 as well as the maintenance of the liquidity reserve of the Republic to be extremely important.
While the Cypriot economy records resilience and significant strength, both in terms of growth and employment, 2023 is expected to be a year of high risk and particularly high pressures on the economy, due to international developments, according to the Report.

The European economy, and especially the Eurozone economy, is under pressure from the continuation of the war in Ukraine and the interruption of access to important raw materials and intermediate goods, mainly natural gas. It is expected that growth will move to zero levels, with the risk of further deterioration remaining high.
The Council estimates that ECB benchmark interest rates will reach 2.5% by 2023. However, it expects, in the positive scenario, a gradual decline towards the end of 2023 as recessionary pressure and unemployment increase and inflation eases.

The horizontal increase in interest rates has also intensified concerns about public debt and has also naturally translated into a widening of the spread between the bond yields of the various states. States will find it increasingly difficult to borrow at today's prices, the Council says.
Finally, the CSC notes the high pressures observed in the international banking sector, stating that a banking crisis in a Eurozone state or states poses significant risks for the European economy.