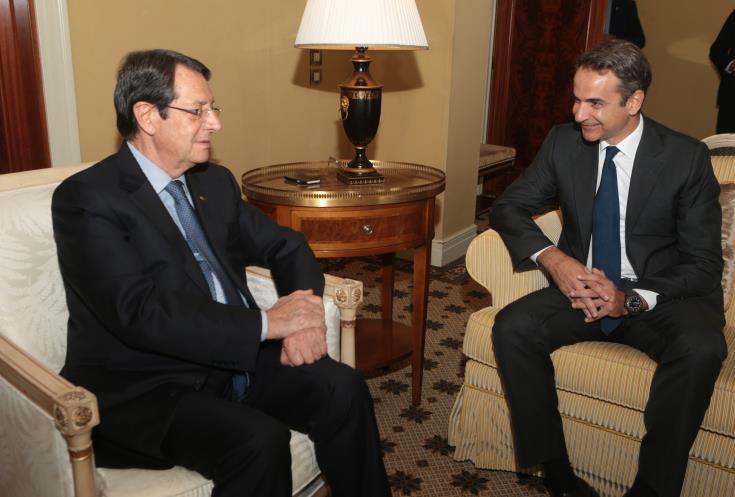 According to the statement issued by the Presidency of the Republic of Cyprus, the recent developments regarding the Cyprus Issue was the main topic discussed during Anastasiades’ meeting with the leader of Greece’s main opposition party.

President Anastasiades informed Mitsotakis about his recent meeting with the Turkish Cypriot leader Mustafa Akinci, and the Confidence-Building Measures agreed by the two sides. Furthermore, President Anastasiades analyzed his positions regarding the decentralization of certain powers, while reiterating the firm commitment of the Greek Cypriot side for a functional and lasting solution to the Cyprus Issue on the basis of Bizonal Bicommunal Federation, and for a functional state, which shall be fully compatible with EU principles.

On his part, Kyriakos Mitsotakis expressed his party’s support for the efforts of the Republic of Cyprus and of President Anastasiades, to achieve a functional and viable solution to the Cyprus Issue.

Also present at the meeting were the Ambassador of the Republic of Cyprus in Greece Kyriakos Kenevezos and Nea Dimokratia MP Giorgos Koumoutsakos.