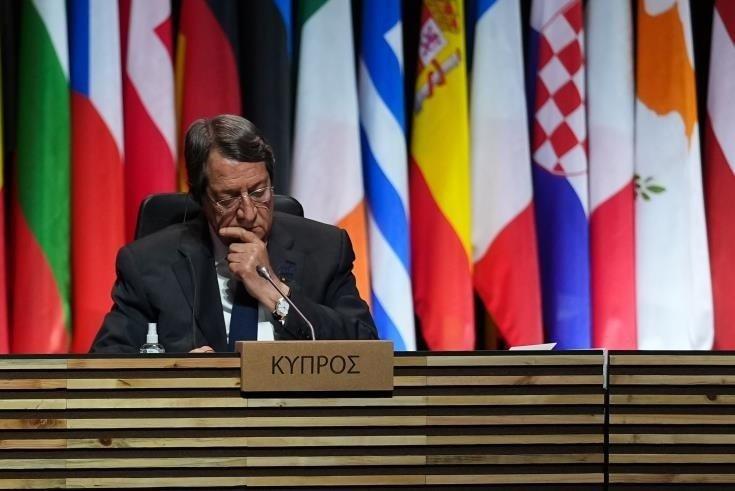 Turkey has intensified its provocative behavior in Cyprus` exclusive economic zone and in occupied Famagusta and this stance hinders the creation of the right conditions for the resumption of Cyprus talks, President Nicos Anastasiades has said.

In a speech Thursday evening during an event organized by the occupied municipality of Keryneia, which was delivered by Defence Minister Charalambos Petrides, the President said that the Turkish Cypriot leadership totally identifies with Turkey`s policy and with its statements are beyond the agreed basis for solution while it puts forward the two-state solution. The President said that all these make the resumption of talks very difficult as there is no common ground.

Anastasiades reassured that our side will make its utmost for a peaceful future for all Cypriots, focusing on the UN Resolutions on Cyprus and using its strategic partnerships, the country`s geopolitical location and the fact that is an EU member state, in order to carry on the struggle that will yield results.

He also said that the refugees` will and determination to return to their homes is the beacon that guides our efforts for a reunited homeland.