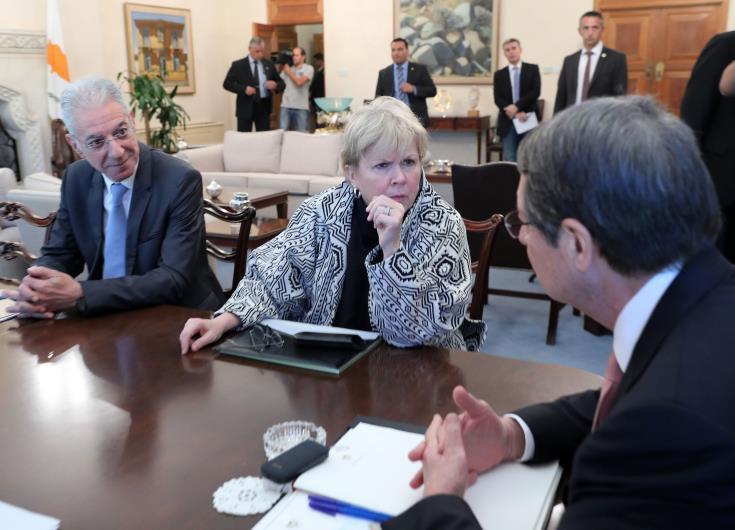 The President of Cyprus Nicos Anastasiades will meet with Jane Holl Lute, the UN Secretary-General’s Special Adviser for Cyprus, on February 3.

According to a written announcement by Government Spokesman Prodromos Prodromou, President Anastasiades spoke on Sunday with Lute on the phone.

During their telephone conversation it was arranged that the President of Cyprus will receive Lute on Sunday, February 3, at 18.30 local time (16.30 GMT) at the Presidential Palace.

Lute is expected in Cyprus, in an effort to agree the terms of reference that will lead to the resumption of settlement talks.