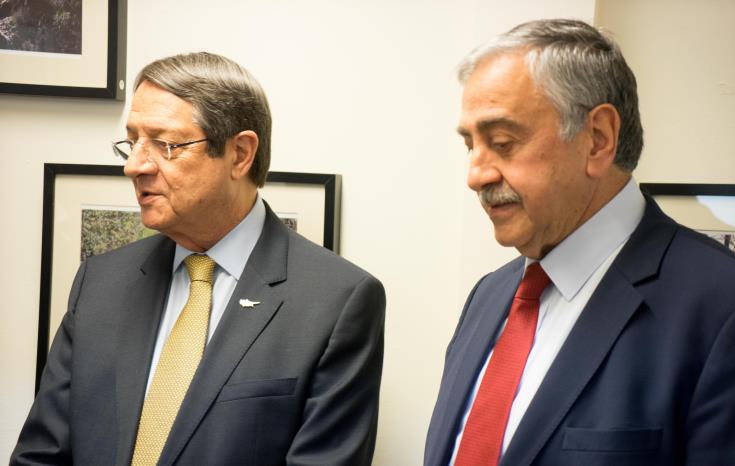 Cyprus President Nicos Anastasiades said on Tuesday that Turkish Cypriot leader, Mustafa Akinci, insists on a non-functional state after the settlement of the Cyprus problem.

Invited by media to comment statements which Akinci made on Monday evening during a press conference, Anastasiades said that Akinci must realise that after a settlement the state must be functional so that situations which appeared in the 60’s, when two years after the Republic of Cyprus establishment the state was paralysed due to taxation laws etc, will not be repeated.

President Anastasiades underlined that he never refused that Turkish Cypriots will participate in all collective institutions, noting that decisions will be taken as in all states.

Invited to comment information that the UNSG’s envoy Jane Holl Lute has asked from the two sides to reach an agreement on the terms of reference within a period of 90 days and if this has been agreed by the sides, the President said this is not a matter of agreement.

He noted that this issue was set out by Lute, who remarked that they should agree on the terms of reference within this period of time with a view to have prospects for a result.

Replying to another question, Anastasiades said that Lute determined a timeframe until the end of December within which they should set out the terms of reference, and that then she will submit a report to the Secretary General, who will decide whether the preconditions for the resumption of the talks are met.

Asked if it will be possible for the terms of reference to be ready and crystal clear by the end of December ,Anastasiades replied: “Why not if there is a rational approach by everyone?”

Invited to comment statements by Turkish President Recep Tayyip Erdogan who considers that the guarantor powers of Cyprus should participate in the calls for tenders and everything else that has to do with hydrocarbons exploration in Cyprus EEZ, Anastasiades expressed his regret for such statements.

He noted that an independent state has sovereign rights. "The guarantor powers’ role has to do with the guarantee of the territorial integrity, something which Turkey has already violated, he added.

Furthermore, he noted that statements which go beyond the UN principles are in contrast with the international legal order.