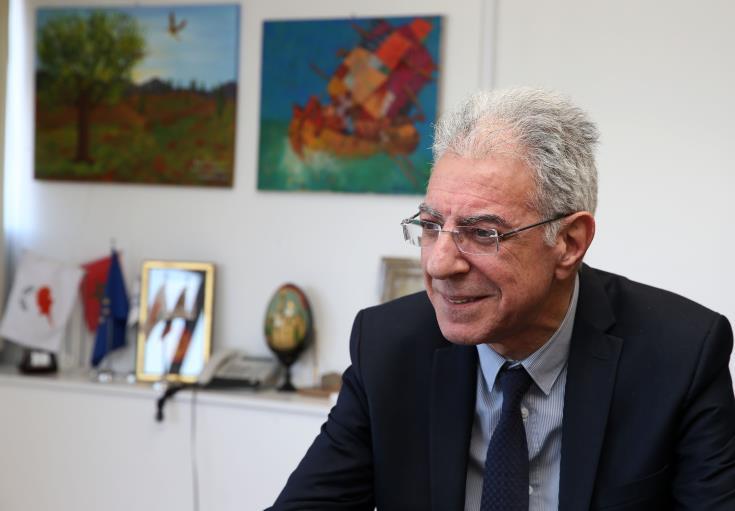 The statements made by Turkey’s President, Recep Tayyip Erdoğan on Cyprus issue, “poison the climate” at a time when efforts concentrate on creating the appropriate conditions for the resumption of settlement talks, Government Spokesman Prodromos Prodromou says.

Speaking on Thursday, in Ankara, Erdoğan said that EU support towards the Greek Cypriot side is “a shame” for the Union. Referring to Turkish activity in the Eastern Mediterranean, he said that “in case some haven’t learned their lesson, I want them to know that we will not hesitate to provide the necessary answers.”

In a written statement, Prodromou said that through the recent informal meeting of the President of Cyprus, Nicos Anastasiades, and the Turkish Cypriot leader, Mustafa Akinci, on August 9, the support given by the United Nations and the pending visit of the UN Secretary-General special envoy, Jane Holl Lute, the aim is to create the conditions and the appropriate climate for the resumption of substantial talks.

“Yesterday’s statements by the Turkish President are not just inconducive towards this direction, but also poison the climate and try to create a negative climate to the detriment of efforts that are underway” he added.

The Spokesman expressed finally his expectation that through concrete actions, Turkey will allow the resumption of substantial talks from the point they were suspended at Crans Montana, while avoiding statements and actions that do not contribute towards this direction.

In response, EU Foreign Ministers endorsed on 15 July 2019 measures concerning Turkey’s illegal drilling in the Exclusive Economic Zone (EEZ) of Cyprus. In accordance with the 20 June 2019 European Council conclusions, Foreign Ministers also invited the High Representative and the European Commission to continue working on options for targeted measures in light of Turkey’s continued drilling activities in the Eastern Mediterranean.