Greece calls for an urgent resolution to the Cyprus problem 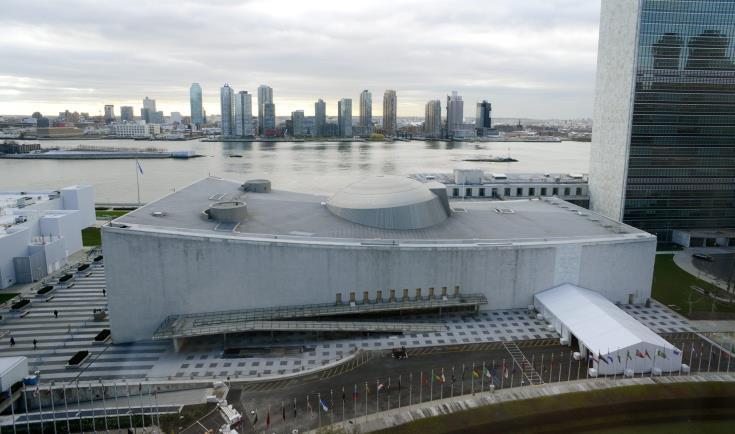 The Cyprus question  calls for an urgent, mutually acceptable settlement on the basis of international law, the relevant Security Council resolutions and the European Union acquis, said Ambassador Maria Theofili, Greece`s Permanent Representative to the UN.

Theofili said Greece fully shares the views expressed in a letter dated 29 October 2019 to the Secretary-General from Ambassador Andreas Mavroyiannis, the Permanent Representative of Cyprus, as Cyprus "suffered and continues to live with the consequences of Turkey’s aggression".

Referring to the forthcoming Berlin meeting of the Secretary-General with President Anastasiades and Turkish-Cypriot leader Mustafa Akıncı, Theofili said "we can only hope that all interested parties will contribute to the soonest possible resumption of fully fledged, results-oriented negotiations for a settlement of the Cyprus issue".

"The Cyprus question is an international issue calling for an urgent, mutually acceptable settlement on the basis of international law, the relevant Security Council resolutions, which determined the political framework of the settlement, and the European Union acquis", she added.

Cyprus, which joined the EU in 2004, has been divided since 1974, when Turkey invaded and occupied its northern third.

06/07
Current account deficit at €0.9 bn
06/07
Polis Chrysochous: The most popular area for holidays and seaside properties
06/07
Authorities announce one new coronavirus case on Sunday
06/07
CySEC imposes fine of €650.000 to Commerzbank AG for market manipulation
06/07
CB sees an increase in bad loans in 2021 due to COVID-19 impact