Lefka/Aplici and Deryneia crossing points will open on November 12 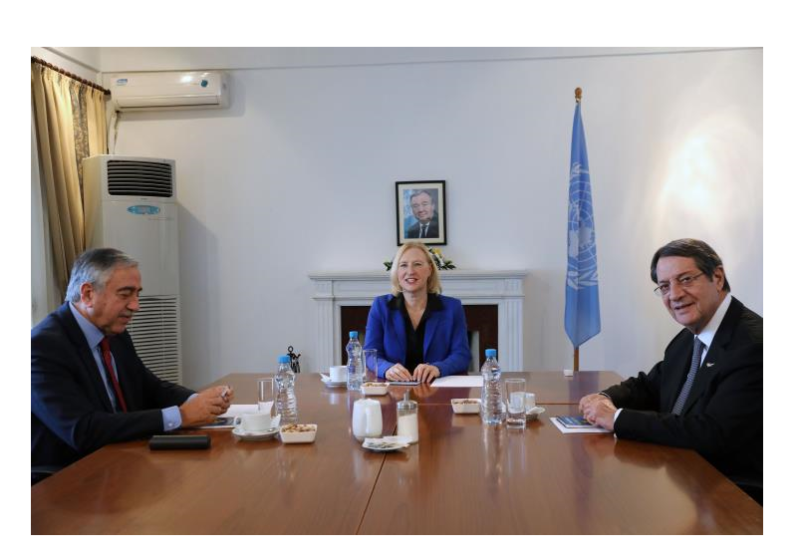 The leaders of the island's two communities, Cyprus President Nicos Anastasiades and Turkish Cypriot leader Mustafa Akinci, announced that the Lefka/Aplici and Deryneia crossing points will open on November 12, in a joint statement released by the United Nations in Cyprus after their meeting on Friday.

“The leaders are pleased to announce that on 12 November 2018, crossing points at Lefka/Aplici and Deryneia/Derinya will be open,” the joint statement reads.

They also had “a frank exchange of views on the way forward,” it adds.

“They confirmed their readiness to engage constructively with Ms. Jane Holl Lute, who will be visiting the island on 31 October 2018,” the statement concludes.

Deputy Special Adviser to the Secretary-General on Cyprus Elizabeth Spehar, hosted today a meeting between Anastasiades and Akıncı, at the Chief of Mission's Residence in the United Nations Protected Area.