President Anastasiades looks forward to his meeting with Lute 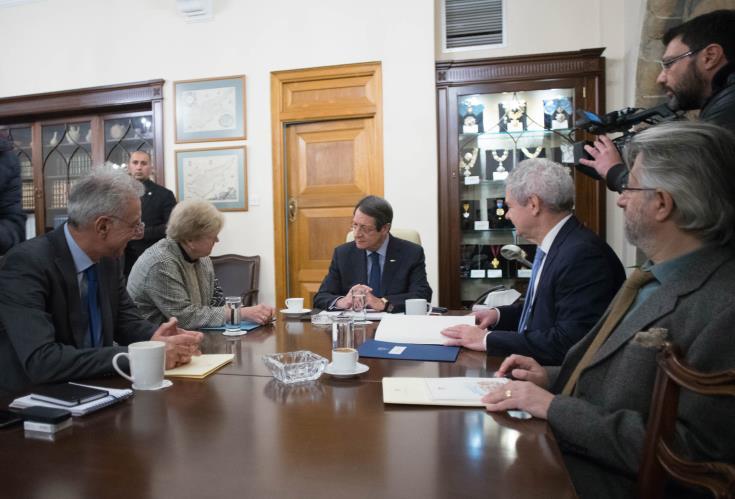 Prodromou explained that if the Turkish side has a positive approach, then the terms of reference can be agreed.

Speaking to reporters on Thursday, the Spokesman said that President Anastasiades has been seeking the resumption of the Cyprus talks for the last two years, as it had appeared at the Crans Montana negotiations that there could be a genuine debate on the security issue in Cyprus.

Describing Lute’s appointment, a positive development as it indicates the SG is willing to contribute to a solution, Prodromou said at the same time, it proves that a good preparation is necessary, something which Antonio Guterres has been seeking.

For this reason, the President is looking forward to meeting Lute because if there is a positive approach by the Turkish side and we agree on the Terms of Reference, something that the SG is waiting for, then negotiations can resume from the point where they have been interrupted, fully exploiting the convergences reached, the Spokesman added.

Invited to comment on so called foreign minister  Kudret Ozersay’s tour of the fenced off town of Famagusta with Turkish Cypriot media, Prodromou said it “goes without saying that Turkey should positively contribute if we are to resume negotiations. This implies that it will stop causing tension and illegal actions.

He also said that statements about Varosha in the last months are completely out of tune and clash with Security Council resolutions.

Prodromou also questioned who is actually in charge and takes decisions in the north as the Turkish Cypriot leader opposed these initiatives.