Home » News » President: We are ready to enter a dialogue today

President: We are ready to enter a dialogue today 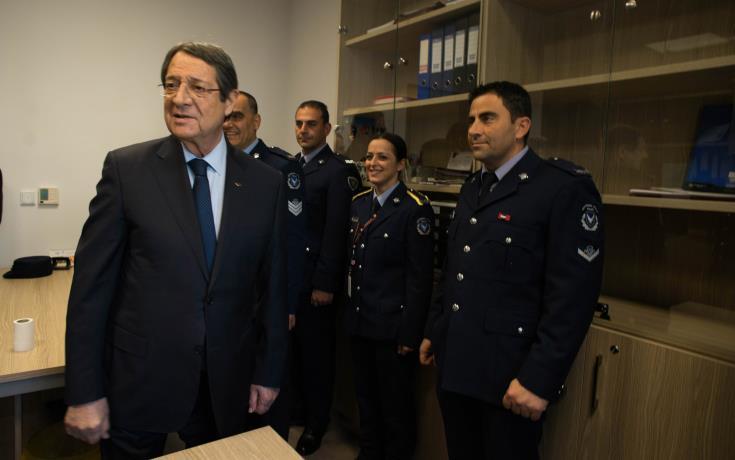 The Greek Cypriot side is trying to pass the clear message regarding its positions – and the message is one – that it is ready to begin the dialogue on the Cyprus issue as early as today from where it broke off in 2017, President of the Republic of Cyprus Nicos Anastasiades said on Monday.

The President expressed hope that the response and messages from the other side, not only the Turkish Cypriot side, but also Turkey, which plays a major role in the solution of the Cyprus problem, will be positive.

Speaking in Paralimni after the opening of the Famagusta Police Department and asked if anything was expected from the current mission of the UN Secretary General’s Special Adviser on Cyprus Jane Holl Lute, President Anastasiades said that “we are trying to pass the clear message regarding our positions – and the message is one – that we are ready to begin the dialogue on the Cyprus issue as early as today from where it broke off in 2017.”

Asked if the other side was willing too, President Anastasiades said “this is what Mrs. Lute is exploring and is consulting with both sides.”

He added that he would be meeting with Lute again on Monday afternoon and expressed hope that there would be a positive response and messages from the other side, “and we do not mean only the Turkish Cypriots, but also Turkey of course, which plays a major role in the solution of the Cyprus problem.”

Asked if he was ready to meet with Turkish Cypriot leader Mustafa Akinci, President Anastasiades said he was “ready anytime.”

“I am not the one who was refusing to meet. Don’t forget that at two meetings, in April and prior to the opening of the crossing points, Mr. Akinci did not want photographers because he did not want to give the impression that the dialogue was restarting,” President Anastasiades pointed out.

He added that “it would be good for those involved in the Cyprus problem to focus their attention where it is needed.” 02/06
President discusses with experts phasing out measures earlier than planned
02/06
Cyprus enters recovery phase, says FinMin as banks say they are ready to support the economy
02/06
Leptos Estates is delighted to premiere its brand-new video for Limassol Blu Marine
02/06
Greek Economic Sentiment Index down to 88.5 Points in May
02/06
U.K. House Prices Post Biggest Drop Since 2009 Amid Lockdown