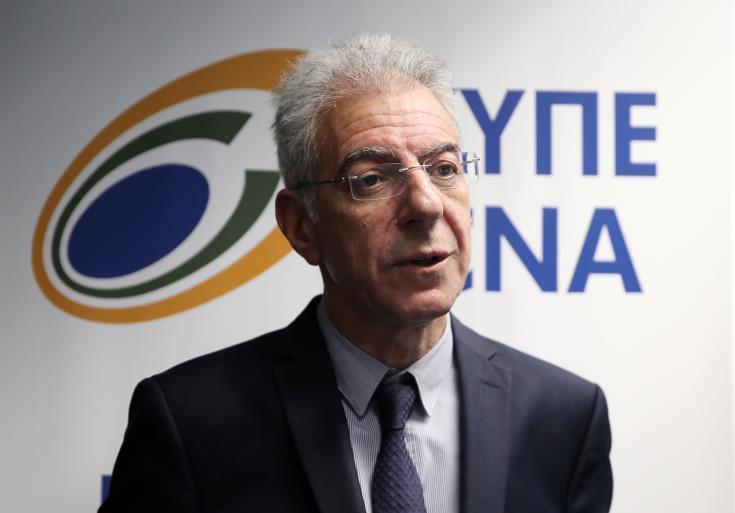 Government Spokesman Prodromos Prodromou said on Friday that the efforts to formulate the terms on reference that will pave the way for the resumption of Cyprus talks continue. Asked if progress has been made he noted that this will be announced after the informal meeting which the two leaders, President of the Republic, Nicos Anastasiades and Turkish Cypriot leader Mustafa Akinci, will have this afternoon in the presence of the UN Secretary-General’s Special Envoy Jane Holl Lute.

The UN in Cyprus announced earlier that Lute will host today an informal reception for both leaders, at 1800 hrs local time, (1500 GMT) in the United Nations Protected Area. Lute had on Friday her sixth meeting with each leader since Sunday when she began her new round of meetings on the island.

In his statement after Anastasiades’ meeting with Lute that lasted one hour and ten minutes, Prodromou said that this afternoon’s meeting will be informal and social.

Asked if progress has been made, the Spokesman said that “you will get to know that after the common meeting”. He noted that announcements will be made after the meeting, adding that the fact that the two leaders will meet is certainly positive and something that Anastasiades has always been pursuing."

Asked if the obstacle that emerged has been overcome, the Spokesman reiterated that efforts will continue, adding that the aim is the resumption of the negotiations, through the terms of reference.

Cyprus has been divided since 1974, when Turkish troops invaded and occupied 37% of its territory. Repeated rounds of UN-led peace talks have so far failed to yield results. The latest round of negotiations, in the summer of 2017 at the Swiss resort of Crans-Montana, ended inconclusively.