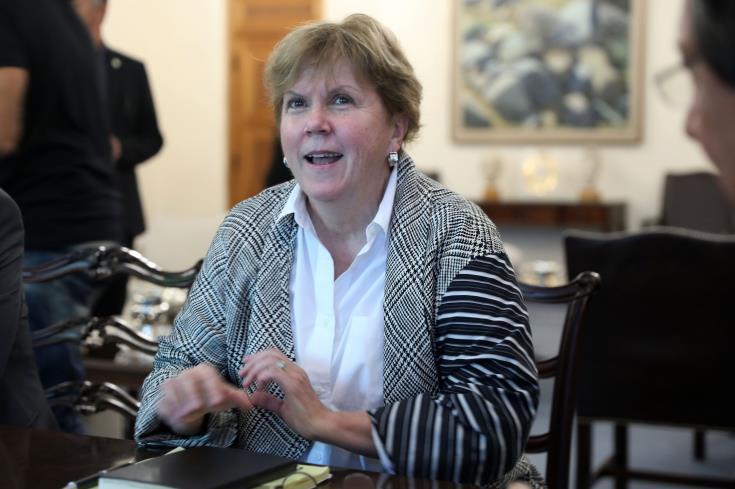 UN Secretary General’s Special Envoy, Jane Holl Lute, will meet anew with Cyprus President, Nicos Anastasiades, and Turkish Cypriot leader, Mustafa Akinci, on Monday, as efforts continue with a view to formulate the terms of reference, which will pave the way for the resumption of Cyprus  talks.

CNA has learned that Anastasiades’ meeting with Lute will take place at the Presidential Palace at 1100 local time (0800GMT). Anastasiades also met on Sunday morning with Lute, who arrived in Cyprus on Saturday.

The UNSG’s special envoy had a meeting on Sunday afternoon with Akinci, after which the latter's spokesperson, Barış Burcu, said that Akinci and Lute will meet again on Monday, after midday, at Lute’s request.

In statements after President Anastasiades’ meeting with Lute on Sunday, Government Spokesman, Prodromos Prodromou said that it was a productive meeting which focused on Lute’s mandate to formulate the terms of reference for the resumption of the negotiations.

Prodromou noted that Anastasiades “outlined his positions and his positive approach on the resumption of the negotiations,” and also raised the matter of Turkey’s illegal actions within Cyprus’ EEZ and territorial waters and generally the Turkish side’s provocations, as well as the serious issue related to the illegal interventions and announcements regarding the fenced – off part of the city of Famagusta. 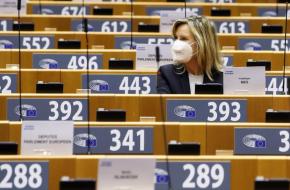