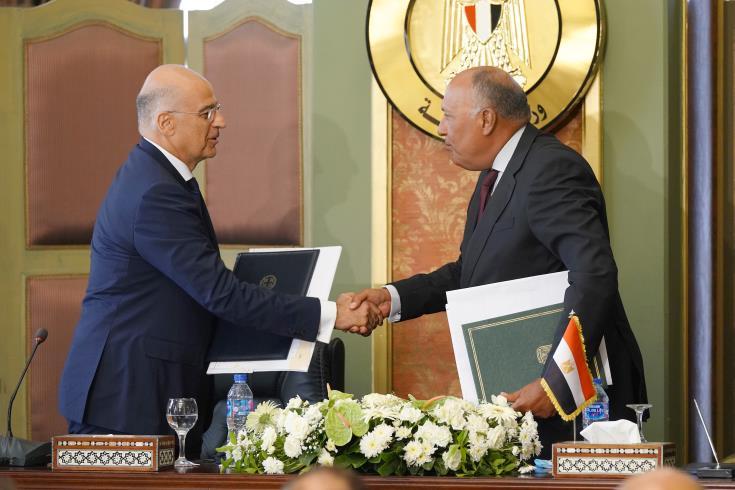 Foreign Ministers of Greece and Egypt signed on Thursday in Cairo an agreement for the delineation of maritime zones between the two countries.

Greek Foreign Minister Nikos Dendias said that this is an exemplary and historic agreement, with which "the non-existent Turkey-Libya memorandum ends up where it belonged from the start, in the dustbin",while his Egyptian counterpart Sameh Shoukry said that the relations between Greece and Egypt are a foundation for stability and security in the Eastern Mediterranean region and address "the threats posed by childish efforts to disrupt this stability and security".

Dendias told reporters after the signing ceremony that the agreement is important for the entire Eastern Mediterranean region and added that it has been concluded on the basis of international law, respecting the provisions of international law and the Law of the Sea as well as good neighborly relations. He added that the agreement contributes to stability and security in the region and resolves a long lasting pending  issue.

The Greek Minister  stressed that the agreement "is the complete opposite of the illegal, invalid and legally non-existent MoU between Turkey and Tripoli".

He also pointed out that the agreement confirms and guarantees the right and the influence of our islands in a continental shelf and an EEZ, adding that as from today, relations between Greece and Egypt are entering a new phase of closer ties.

Greece, he said,  will continue in a decisive manner with the aim to delineate borders with the rest of its  bordering countries,  always in the framework of international law and the Law of the Sea.

He underlined that Greece calls on any other country in the region to follow the example of the agreement signed today saying that international law offers solutions to problems but must be respected in its entirety, not applied selectively.

In his statements, the Egyptian Foreign Minister stressed that the agreement is part of the efforts made in recent years to upgrade the cooperation between the two countries, in the political, military and cultural sectors and the coordination of matters of common interest at international level.

Furthermore, he pointed out that the agreement will help both countries go even further to the benefit of their peoples for cooperation in the regional energy sector and the strengthening of the East Med Gas Forum. 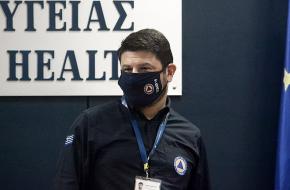 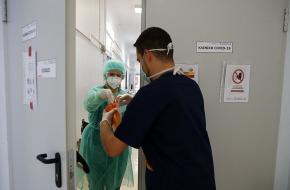 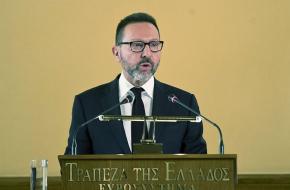 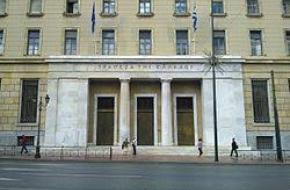