22/01/2014 09:25
Twice as many CEOs around the world as last year believe the global economy will improve in the next 12 months, and 39% say they are ‘very confident’ their company’s revenues will grow in 2014, according to PwC’s 17th Annual Global CEO Survey.

The number of CEOs who see improvement in the global economy over the next 12 months leapt to 44%, up from only 18% last year. And just 7% predict the global economy will decline, sharply down from 28% in 2013. Regionally, CEOs in Western Europe are the most confident about short-term global economic prospects (50%). They are followed by those in the Middle East (49%), Asia Pacific (45%), Latin America (41%), North America (41%) and Africa (40%). CEOs in Central and Eastern Europe show the lowest level of confidence at 26%.

By industry, CEOs in the Hospitality and Leisure sector are most confident about prospects for the next 12 months (46%), followed by those in Banking and Capital Markets (45%), Retail (44%), Financial Services (44%), Asset Management (44%), Communications (44%), and Engineering & Construction (41%). CEOs in the Metals industry are least confident at 19%.

In Western Europe, confidence has risen 8% from last year’s trough to reach 30%. But in Africa confidence has continued to fall. Just 4o% of African CEOs are very confident of 12-month growth, down from 44% last year and 57% in 2012. Confidence has also dipped among Latin American CEOs, to 43%, down from 53% last year. Meanwhile, CEO confidence in North America remains flat
at 33%.

“CEOs have begun to regain confidence. They’ve successfully guided their companies through recession and now more CEOs feel positive about their ability to increase their revenues and prospects for the global economy. However, CEOs also acknowledge that generating sustained growth in the post-crisis economy remains a challenge, especially as they deal with changing conditions like slowing growth in the emerging markets. For the future, CEOs tell us that they expect three major global trends – rapid technological advances, demographic changes and shifts in economic power – will have a major impact on the future of their businesses. Finding ways of turning these global trends to their advantage will be the key to future success.”

As CEOs’ viewpoint on the economy slants upward, their major concerns have also changed. Government action, or the lack of it, tops the list of CEO worries. The level of concern about over-regulation at 72% and fiscal deficits at 71% are as high as they have ever been. In addition, CEOs say they are worried almost as much about a slowdown in emerging economies, 65%, as they are about sluggish growth in developed markets, 71%. Other top concerns include increasing tax burdens (70%), as well as availability of key skills (63%), exchange rate volatility (60%) and lack of stability in capital markets (59%).

Preparing for the future

When asked what would drive future growth, new product or service development leads the list of opportunities, cited by 35% of CEOs compared with 25% last year. Those planning mergers and acquisitions or strategic alliances in the next year have risen to 20%, up from 17% a year ago. CEOs also say they are exploring growth in countries beyond the BRICs (Brazil, Russia, India and China), and see good growth prospects over the next three to five years in Indonesia, Mexico, Turkey, Thailand and Vietnam. The US, Germany and the UK are also ranked highly.

CEOs are also more positive about hiring plans for the coming year. Half of CEOs say they expect to add to staff in the next 12 months, compared with 45% who had such plans last year. Industries where job prospects look most positive are technology (63%), business services (62%) and asset management (58%). As the global economy stabilises, CEOs have identified major trends that will transform their business over the next five years. Top among them is technological advance, cited by 81% of CEOs, followed by demographic shifts, 60%, and shifts in global economic power, 59%.

To meet these and other challenges, CEOs say they are making changes to their talent strategies (93%), customer growth and retention strategies (91%), technology investments (90%), organisational structure/design (89%) and use and management of data (88%). More than half of CEOs say their current planning time horizon is three years, though only 40% say that time frame is ideal.

Asked to rank the top priorities for government, CEOs say they should be to ensure financial stability, (53%) improve infrastructure (50%); and help to create a more internationally competitive and efficient tax system (50%). But less than half (46%) of CEOs say the government in their home country has effectively ensured financial stability, and just 37% give high marks for improved infrastructure. More than half (51%) of CEOs say their government has been ineffective in improving the tax system.

But while 24% of CEOs have seen improved trust among government and regulators, 34% say it has declined. The great majority of CEOs say it is important for companies to address stakeholders’ expectations by promoting ethical behaviour, ensuring the integrity of supply chains and improving diversity.

Τhe views of CEOs in Cyprus

It is worth noting that in the context of the global CEO survey, PwC Cyprus carried out for the third consecutive year, a local study which includes the views of 70 CEOs. The results of the local survey will be presented during an event that will be organised by PwC Cyprus on Tuesday, 18 February 2014. 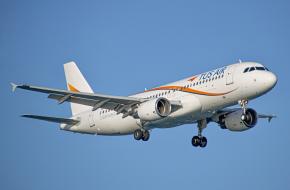 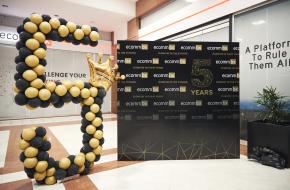 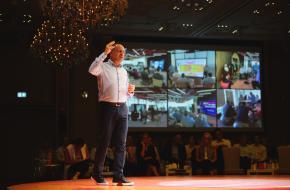 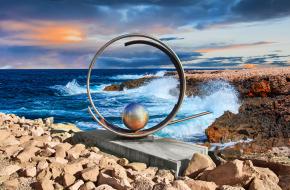