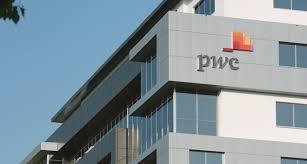 CEOs continued to face pressure generated by the ongoing COVID pandemic and market conditions such as rising inflation, supply chain disruptions and the ‘Great Resignation’ in parts of the world. Despite the array of shifting headwinds, the CEOs that we surveyed are the most optimistic they have been in 10 years about the prospects for a stronger economy in the coming year. More than three-quarters of CEOs, 77%, predict the global economy will improve, while only 15% expect worsening conditions.

CEO optimism for 2022 is a tick higher than the 76% optimism level from a year ago and fully 54 points higher than 2020, when more than half (53%) of CEOs predicted a declining economy.

These are findings from PwC’s 25th Annual Global CEO Survey, which polled 4,446 CEOs in 89 countries and territories between October and November 2021.

While there is general optimism among CEOs for economic growth in 2022, the perspective varies widely across individual countries and territories. Bob Moritz, Global Chairman, PwC said: “While the ongoing pandemic and emergence of new variants cast a shadow over the year, the high level of CEO optimism we found speaks to the strength and resilience of the global economy and the ability of CEOs to manage through uncertainty. There is nothing “normal” about the world we are working in, but we are getting used to it.”

The power of trust

Trust has never been more important to a company’s success, and never more challenging to earn and maintain. Based on CEO responses to a series of questions about their customers’ behaviours, the survey shows a correlation between customer trust and CEO confidence. CEOs of companies ranking highest on perceived customer trust are more confident in their growth prospects in the coming year. Seventy-one percent of CEOs of companies with the highest levels of trust are very or extremely confident in their companies’ prospects for revenue growth in the next 12 months, compared to just 47% of those with the lowest levels of trust.

Trust was also found to be correlated with net-zero commitments. CEOs of companies ranked highest for trust are significantly more likely to lead organisations that have made a net-zero commitment (29%) than those ranked lowest for customer trust (16%).

Similar to last year, cyber and health risks rank as the leading global threats, identified by 49% and 48% of CEOs, respectively. Not far behind is macroeconomic volatility, with 43% of CEOs either very or extremely concerned about the potential impact of inflation, fluctuations in GDP and labour market issues in the coming year. Another major underlying concern is the ability to attract and retain talent - 69% of CEOs concerned about social inequality risks cite this as an impact, as do 62% of CEOs concerned about health risks.

Global CEOs look to the US for growth

When CEOs look outside their home country for revenue growth in the coming year, the US is viewed as offering the greatest potential. Forty-one percent rank the US as one of the top countries for their companies’ growth prospects over the next 12 months, up from 35% in 2021. China is ranked second overall, at 27%, comparable to its ranking last year, followed by Germany (18%) and the UK (17%, a six point increase from a year ago).

Net-zero commitments are lagging for many

The survey shows that greater progress needs to be made to achieve global climate goals, as fewer than a third of CEOs said their company has made an emissions reduction commitment. Only one third of CEOs identified climate change as a top concern for the coming year, reflecting a belief that it will not impact revenue growth in the near term. But longer term, ensuring net-zero commitments are central to company strategies will be essential not only to mitigating climate change risks but to meeting customer as well as investor and employee expectations.

While CEOs cited “mitigating climate change risks” as the most influential factor behind their net-zero strategies (cited as extremely or very influential by 63%), it was closely followed by “meeting customer expectations” (61%), reflecting the fact that taking action to address climate change is increasingly central to a company’s brand and delivering the value that customers expect.

As part of its global survey, PwC Cyprus will present its local survey for Cyprus for the 11th consecutive year. A new record number of 161 CEOs from Cyprus participated in the study, reflecting the business community’s growing interest in the survey. The local survey results will be presented during a special event  that will be organised by PwC Cyprus in March. 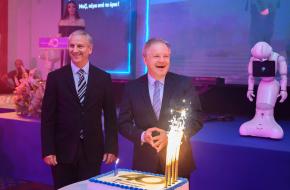 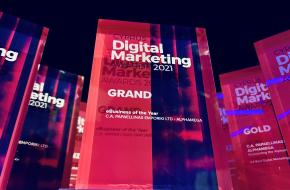 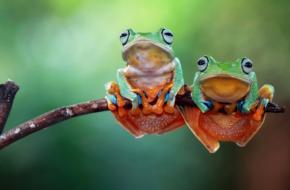