Quantum computing is one of the most promising research topics of the new decade. It’s based on the principles of quantum physics thus many computations can be performed simultaneously, which theoretically allows the quantum computer to solve a difficult subset of problems much faster than a traditional computer and also store more data. Although traditional computers are faster than ever, they can only perform calculations in a serial way. In cases where the calculations of massive datasets are complicated, the processing from a classical computer is time-consuming and not cost-efficient for a business.

In a classical computer, the smallest unit of information is the bit, which assumes binary values from the set [0,1]. Quantum computing uses quantum bits, or qubits, instead of the binary bits made up of zeros and ones used in traditional computers. It is based on superposition states in which both the states 0 and 1 are overlapped. Superposition is essentially the ability of a quantum system to be in multiple states at the same time. For instance, quantum computing allows parallel evaluations of a function at a complexity equivalent to that of a single classic evaluation. Thus, if a number of qubits are parallelly processed, then the super speed computation of quantum computers is enabled. Therefore, quantum computers can perform the computation of difficult problems much faster than any classical computer.

At this moment in time, quantum computing is most suitable for solving problems using optimisation, sampling and machine learning algorithms. Optimisation problems are core efficiency obstacles for main industries. A few use cases in financial services include efficient portfolios performance given forecasts of stock, bond or asset class returns, variances and covariances allocate funds to investments to minimise portfolio risk for a given rate of return. Another example includes transportation models which are needed to determine how many products to ship from each factory to each warehouse, or from each factory to each warehouse and direct to each end customer aiming to minimise shipping cost while meeting warehouse demand and at the same time keep balance on factory supplies. Sampling technology in quantum computers leads to more distributed and reliable input data for the machine learning algorithms.

In the near future, and based on further commercialisation of quantum computing, the impact in various sectors could be only positive. Financial services are potential use cases for quantum computing especially in risk analysis, fraud detection, portfolio performance prediction and trade settlement optimisation. Telecommunications will be also improved significantly, since quantum networks can increase the bandwidth of telecommunications networks, quantum infrastructure could optimise routing and network infrastructure and quantum internet could allow transmission of quantum bits between any two points of the earth. The healthcare industry can benefit from quantum computing to support patient-centric care for healthcare consumers, improve current therapies and determine faster the best therapy plan for the patient. 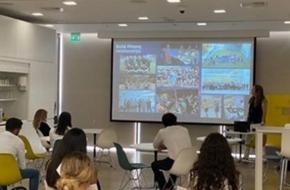 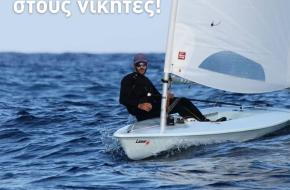 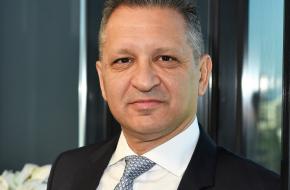 Deloitte Cyprus names Pieris Markou as the incoming CEO effective as of the 1st of June, 2021
Commercial News