Home » News » A second direct destination in Greece from Larnaca with SKY express!

A second direct destination in Greece from Larnaca with SKY express!

By the end of October, the first routes to Thessaloniki that will take place with the state-of-the-art "green" Airbus A320neo at very competitive fares.

Thus, in addition to the existing domestic network (Heraklion, Mytilene, Chios, Samos) and, of course, the daily flights to Athens from Thessaloniki airport, the city's passenger public has the direct connection to Larnaca for work, studies or tourism.

SKY express, with the addition of the new flight, confirms its strong interest in Cyprus, which is strategically highlighted as a hub by the company, along with Athens and Thessaloniki.

This move is a natural evolution of the confidence shown by the Cypriot passenger public in the fastest-growing Greek airline from the first day of its presence on the island, with a very satisfactory market share and high occupancy in the flights within a few months.

Specifically for the company's activity in Cyprus, Vassilis Krasanakis, Pricing Policy and Network Manager of SKY express stated: "It was only in February that we made our maiden flight to Cyprus, symbolically and substantially launching the expansion of our international network. Today, a few months later, our relationship is growing even stronger. It is our strategic decision to invest in Cyprus, to contribute to the increase of its connectivity and to further expand the choices of its inhabitants and visitors. We came to Cyprus to stay and travel together! “

Maria Kouroupi, Senior Manager Aviation Development and Communication of Hermes Airports stated that: “We welcome the second direct flight of SKY express to Thessaloniki, a destination very popular to the inhabitants of Cyprus. We now have more options which means more travelers but also more opportunities, to connect our island with the new generation of "green" Airbus A320neo. From our side we are completely ready to serve them on the best terms "

Travelers to and from Larnaca have the option of choosing fares between SKY joy, SKY joy + and SKY enjoy, as well as the ability to add services such as entry to Lounges of Larnaca and Thessaloniki, but also use the Fast Lane at both airports. At the same time, the passenger public enjoys a special in-flight travel experience with free service, but also the proposals of the new Drinks & Bites service with premium products.

In fact, in Thessaloniki, SKY express passengers can enjoy the exclusive lounge recently inaugurated by the company. A space of discreet luxury, with upgraded services and a careful menu for all hours.

SKY express, the fastest-growing Greek airline, is redefining the landscape of aviation. Apart from operating the largest network in the country, it has entered international markets and now covers a total of 48 destinations in 9 countries and keeps growing. Moreover, it has brokered significant interline agreements with global airlines such as KLM, Air France, Qatar Airways, Middle East Airlines, and Cyprus Airways.

SKY express last year acquired 6 new Airbus320neo and 6 new ATR 72-600, making one of the largest investments in the world in the field of aviation in a difficult period.

With its new aircrafts, SKY express by the end of the year will have the “greenest” fleet in the country and one of the most environmentally friendly fleets all over Europe.

Information about flights and services for SKY express: 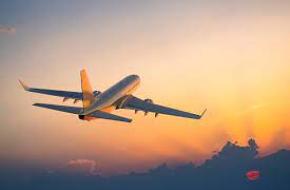 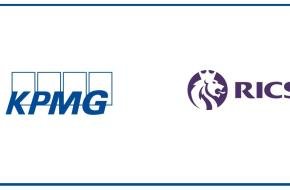 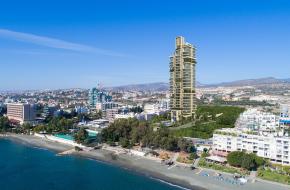 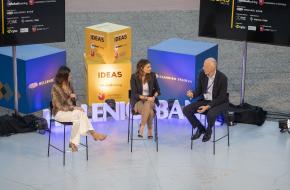