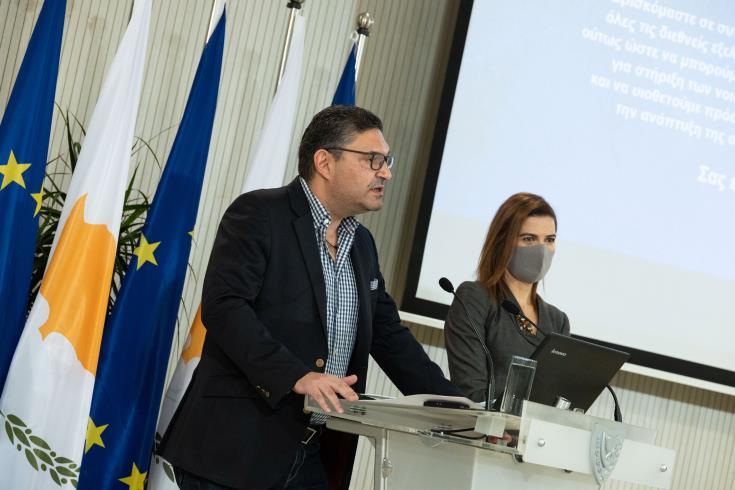 Finance Minister Constantinos Petrides said on Thursday that the Government has notified the EU’s VAT Committee over its intention to reduce VAT on household electricity bills from 19% to 9% for a three-month period and called on Parliamentary parties to avoid proposing bills that could hugely affect public finances.

The move follows a recent Cabinet decision to reduce VAT on electricity bills of vulnerable households from 19% to 5% for six months and a reduction of 10% in place until February 2022, announced by the Electricity Authority of Cyprus, in September.

“In response to the Parliament’s call and after examining the fluctuation of prices, we announced yesterday to the EU VAT Committee our intention to reduce for a period of three months the VAT (on electricity consumption) for households from 19% to 9%”, Petrides told a press conference held jointly with Energy Minister Natasa Pilides.

The measure, he noted, is in line with the European Commission’s toolkit and recommendations to address price increase through temporary and targeted measures that will prioritise the tackling of energy poverty without affecting the market.

The Minister called on political parties in the Parliament to avoid proposing bills that could have a huge impact on public finances, especially proposals “that affect state revenue and expenditure permanently and do not have a specific target”. He was referring to a bill proposing VAT reduction from 19% to 9% on electricity bills for all consumers and businesses with an estimated impact of 78 mn euros annually.

“I believe that we all agree that the protection of public finances should be a primary goal because, as the crisis of the pandemic has shown, it is the state revenues that support vulnerable groups, businesses and workers in times of crisis”, said Petrides.

Between January and July 2021, the price of electricity increased by 10.1% compared with the same period last year, he added.

These temporary measures are definitely aimed at mitigating the consequences of the increase in the price of electricity in the short term, the Minister said, but noted that gradually "what we should aim at is energy saving and decarbonisation”. State budgets in the coming years will include programmes and schemes to support both households and vulnerable groups, as well as businesses in their efforts to achieve energy efficiency and decarbonization, he said.